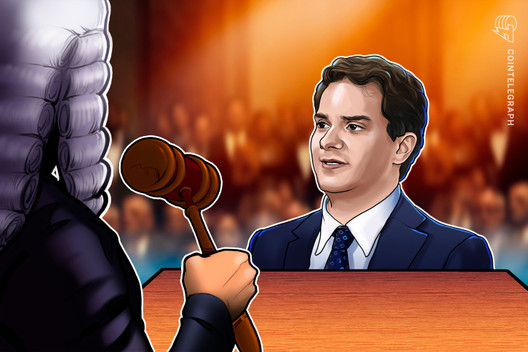 A U.S. District judge has dismissed the summary judgment request of the former Mt Gox CEO in a lawsuit from 2014 accusing Mark Karpeles of fraudulent misrepresentation.

A judge has ruled the former chief executive of defunct cryptocurrency exchange Mt. Gox, Mark Karpeles, must face a lawsuit alleging fraud filed back in 2014.

Judge Feinerman found that “Greene merely added detail with the aid of discovery,” with the complaint having “articulated the gist of the fraud of the claim”.

“That does not violate the rule against altering the factual basis of a claim on summary judgment,” Feinerman added.

Greene first opened an account with Mt. Gox in early 2012, claiming to have relied on representations made in the exchange’s terms of service in assessing the platform’s security. During the deposition, Greene noted that he could not “remember” the terms displayed on the website.

The suit alleges that Karpeles falsely represented how safe users’ funds were on the exchange, with the terms of service proclaiming that the platform would securely custody clients’ assets, including “safely and quickly allow[ing] them to buy, sell, trade, or withdraw.”

Karpales responded that Greene’s complaint does not cite Mt. Gox’s terms of use — and in fact the exchange did not even have terms of service at the time that Greene opened his account and began depositing.

As Mt. Gox users began to experience widespread withdrawal issues from late-2013 until February 2014, Greene made numerous unsuccessful attempts to remove funds from the platform.

Despite completing verification documents forwarded to him by Mt Gox support staff in February, Greene lost more than 42.9 Bitcoin (BTC) worth nearly $26,000 at the time.

Speaking to Law360 on June 18, Greene’s attorney Ben Thomassen stated: “We are pleased with Judge Feinerman’s decision. By his own account, Mark Karpeles withheld critical information from and took affirmative steps to defraud Mt. Gox’s investors.”

“We look forward to presenting our motion for class certification and holding Mr. Karpeles fully accountable for his actions,” Thomassen added.