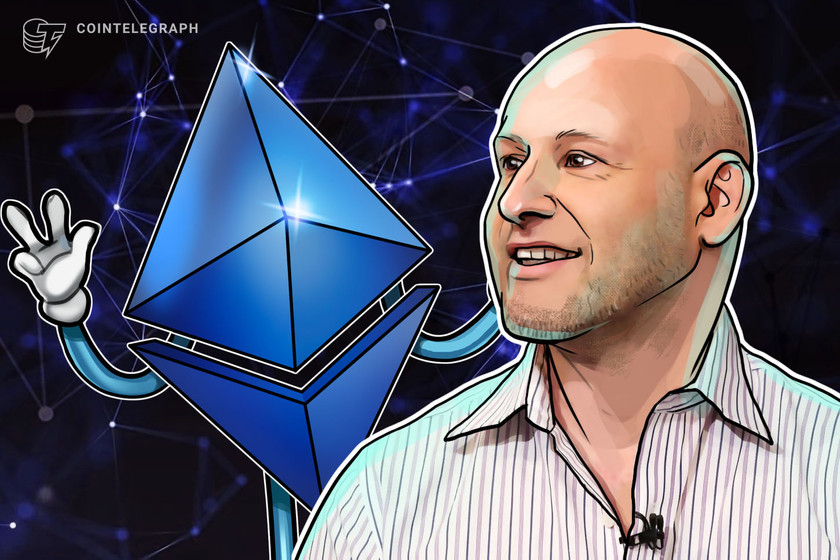 Joseph Lubin believes Eth2’s development will move quicker than many are expecting, predicting the new protocol will “absorb” Ethereum in “the not too distant future”

Speaking during the Ethereum in the Enterprise — Asia Pacific 2020 conference on Dec. 3, ConsenSys founder and Ethereum contributor, Joseph Lubin, predicted that Eth2 will devour Ethereum in “the not too distant future.”

“People in the know around the ecosystem are very optimistic about how fast things could unfold as the really complicated work has been done in launching Phase 0,” he said.

While the Eth2 roll-out was believed to be occurring in strictly regimented ‘phases,’ Lubin emphasized that the other aspects of Eth2’s roll-out are “proceeding in parallel” — meaning upgrades to the protocol may come much sooner than many onlookers are expecting:

“It is very likely will get a tremendous amount of data availability in the form of shards, as well as move lots of the important functionality from Ethereum 1 to Ethereum 2.0, and essentially see Ethereum 2.0 absorb Ethereum 1 in the not too distant future.”

Lubin predicted that Eth2’s next phase will come online between nine and 12 months from now. He asserted the coming increase in the amount of data availability will enable Layer 2 networks to “massively increase the amount of transactions per second throughput that they can offer.”

Lubin also noted that ConsenSys has recently been working on “cutting edge” CBDC and payments projects in partnership with various central banks, including the Hong Kong Monetary Authority, Bank of Thailand, and the Reserve Bank of Australia.

“One of the major important use cases is cross-border payments because the corresponding banking networks and just that whole infrastructure is really creaky and expensive and slow,” he said.

“Retail payments is incredibly exciting. ConsenSys has built architectures that can handle nearly 20,000 transactions per second on an Ethereum-based network.”

“We are in discussions to make that available to some major payment providers, and some of our technologies [are] being used in a hybrid commercial central bank application,” he added.