Italian banks are ready for a Europe-wide digital currency 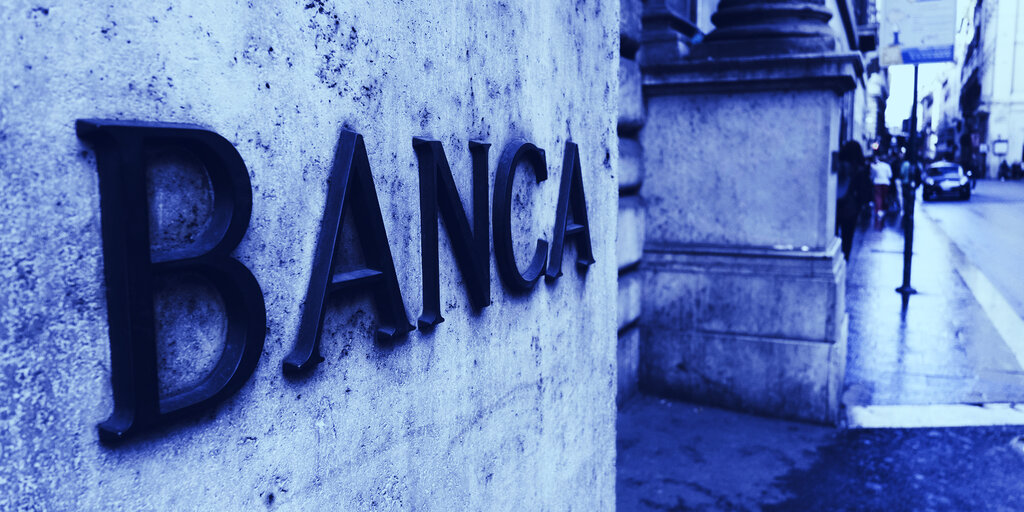 The Italian Banking Association on Thursday stated the willingness of its members to partake in any of the European Central Bank’s digital currency projects.

Developing a central bank digital currency, or CBDC, could replace demand for cryptocurrencies, it said.

The existence of a CBDC could “reduce the attractiveness of instruments of comparable use but issued by private individuals or (in cases of complete decentralization) which cannot be identified, characterized by an intrinsically higher risk profile,” wrote the Association, which is formed of over 700 Italian banks.

A central bank digital currency could be used to send money between peers and machines alike, be used to cheaply settle cross-border transactions, and promote automatic execution of trades, “ultimately reducing administrative processes.”

So, it’s on board with the idea. And the Italian Banking Association is already using blockchain to do some of this stuff, via the Spunta project.

But there are 10 caveats, which the Association has posted on a blog on its site.

“Monetary stability and full respect for the European regulatory framework must be preserved as a matter of priority,” reads its first criteria. “Digital money needs to be fully trusted by citizens. To this end, it is essential that the highest standards of regulatory compliance, safety and supervision are adhered to,” reads its fourth.

No surprises there. The Association wants a digital currency that works and won’t screw anything up.

But, as long as the ECB plays within the rules it has set, Italian banks are up for it. “A programmable digital currency represents an innovation in the financial field capable of profoundly revolutionizing money and exchange,” the Association wrote.

The European Central Bank, however, isn’t likely to implement a digital euro any time soon, according to a member of its governing council, Jens Weidman, in a January interview published in German newspaper Handelsblatt.

“We have a stable currency with the euro, which has proven itself over the previous decades,” said Weidmann. If nothing else, it’s good to know the Italians are on board when the time comes, if it ever does.