It Is Time for Blockchain to Prioritize Diversity and Inclusion 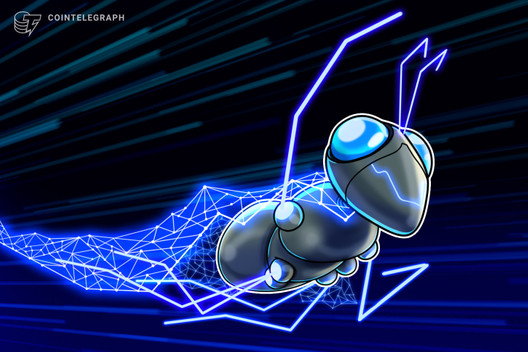 Just as blockchain exists to innovate technological frameworks and finding better solutions, it has to improve gender diversity and inclusion in the space.

The lack of gender and racial diversity in the tech space is no longer a “secret.” According to data from Statista, while the percentage of employed women across all job sectors in the United States has grown to 47%, the five largest tech companies on the planet — Amazon, Apple, Facebook, Google and Microsoft — have a workforce of only about 34.4% women. This misrepresentation extends to the C-suite as well, with 31% of large tech companies lacking any women of color as executives.

It’s clear that the tech workforce today doesn’t fully represent the communities in which we live or the consumers or customers we serve. But the renewed attention given to diversity and inclusion has resulted in positive reactions from leaders in the tech sphere that could change that.

In June, Reddit co-founder Alexis Ohanian voluntarily resigned as a member of the Reddit board of directors, asking to be replaced by a black candidate. His vacancy was filled by Michael Seibel, a partner and the CEO of Y Combinator. Just last week, Facebook announced a program to measure how well their executives are handling diversity and inclusion initiatives, tying them to bi-annual performance reviews. And Google CEO Sundar Pichai recently said the company will add more black and “underrepresented” employees to leadership positions, promising a 30% increase in diversity by 2025.

Major tech companies like Google, Facebook and Reddit, among many others, have announced these efforts to promote diversity and inclusion in their organizations. So, what are we waiting for in the blockchain space? The point is, we don’t have to wait, given the newness of our industry. If we take action now, we can address these issues faster, more comprehensively and more directly.

Related: Cointelegraph Talks Recap: Challenges and Opportunities on the Road to Diversity and Inclusion in Crypto

The blockchain industry is revered for its willingness and effectiveness in challenging legacy systems and old school thinking. For many, our open-source, transparent nature is a point of pride. What that means to me is that not only should our code be open but organizations should function in the open as well.

There is no better time than now to confront traditional organizational structures and help mold our community into one that prioritizes diverse leadership and new voices.

A LongHash report from December 2018 analyzed the top 100 blockchain startups and found that of the 1,062 listed team members, just 14.5% were women. The report also found that 7% of those blockchain startup executives were women, and 78 of the 100 startups listed had no female executives. Only one startup from the list had more than one woman in an executive role. While we can assume — and hope — that those figures have improved, they paint a pretty dire picture in terms of female representation. In an industry where provable facts and figures are invaluable, we can actually point to quantifiable benefits of diversity and inclusion.

Related: Women in Blockchain: Has Gender Distribution Come to the Crypto Market?

A study conducted by Harvard Business Review found that the most diverse enterprises were also the most innovative. Companies with above-average total diversity had both 19 percentage points higher innovation revenues and 9 percentage points higher EBIT margins on average. The blockchain industry often seeks to create unique solutions that help underrepresented groups of people. By involving those with diverse backgrounds and expertise in the decision-making processes, it not only reflects the global nature and needs of the blockchain industry generally (particularly involving solutions for the marginalized in the financial system) but it also avoids groupthink and helps to identify blind spots.

The 2020 Edelman Trust Barometer, which examines trust in business, government, media and NGOs found 92% of employees surveyed said that they expect their employer’s CEO to speak up on one or more issues ranging from income inequality to diversity. 73% of employees expect a prospective employer to offer the opportunity to shape the future of society in a positive way.

The tangible energy behind recent social justice movements has reignited the dialogue around equality and inclusion. Having difficult conversations about the need to implement change is a great first step.

I hope to see these discussions continue to take place, but I also hope to see companies showcase their commitment to change through concrete action. Whether that is by supporting organizations that are placing an emphasis on including underrepresented voices, or reflecting on current representation in leadership and making changes to include more diverse perspectives in executive positions, our industry must work toward a more inclusive future.

Denelle Dixon is the CEO and executive director of the Stellar Development Foundation — a nonprofit organization that supports the development and growth of Stellar, an open-source blockchain network that connects the world’s financial infrastructure. Previously, she was the chief operating officer of Mozilla and also used to serve as general counsel and legal advisor in private equity and technology.