Is the BNB Correction Already Over? 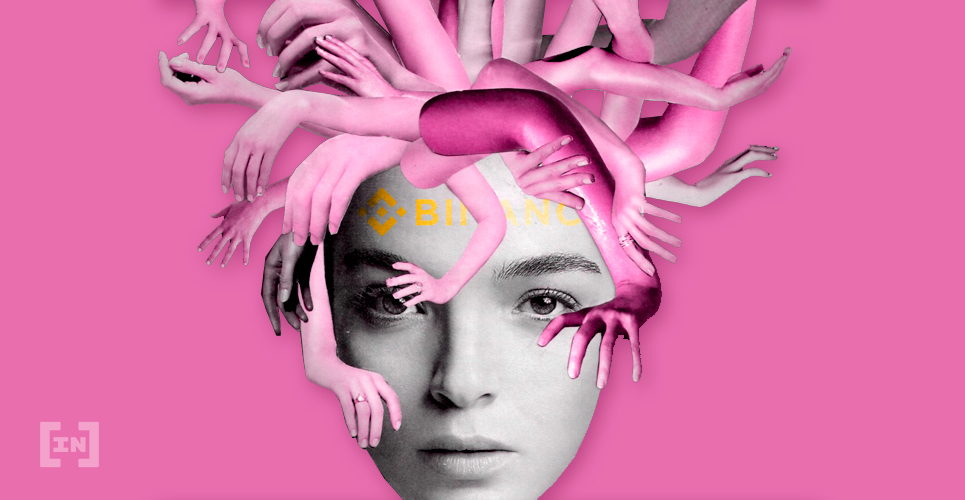 The BNB price has been increasing since reaching a bottom on Feb. 26. While it initially struggled to break out above a significant resistance area, it was finally successful in doing so on March 5.

Well-known trader @Devchart tweeted a BNB chart that shows that the price resting above a confluence of support levels. He gives a target 9% above the current price for the upcoming bounce.

Will the BNB price reach the target? If yes, when will it do so? Continue reading below if you want to find out.

The BNB price has been following an ascending support line since Jan. 8, increasing at the rate predicted by it. However, the price began to decrease on Feb. 15, a movement that lasted for 12 days.

Afterward, on Feb. 27, the price validated all three of: the 50-day moving average (MA), the 200-day MA and the ascending support line. The former two made a bullish cross the same day. Finally, the daily RSI has moved above 50, indicative that the daily trend is already bullish.

The price has been increasing since then and moved above the ₿0.0023 area on Friday, an area which is expected to act as support from now on. The next resistance area is found at ₿0.00255. 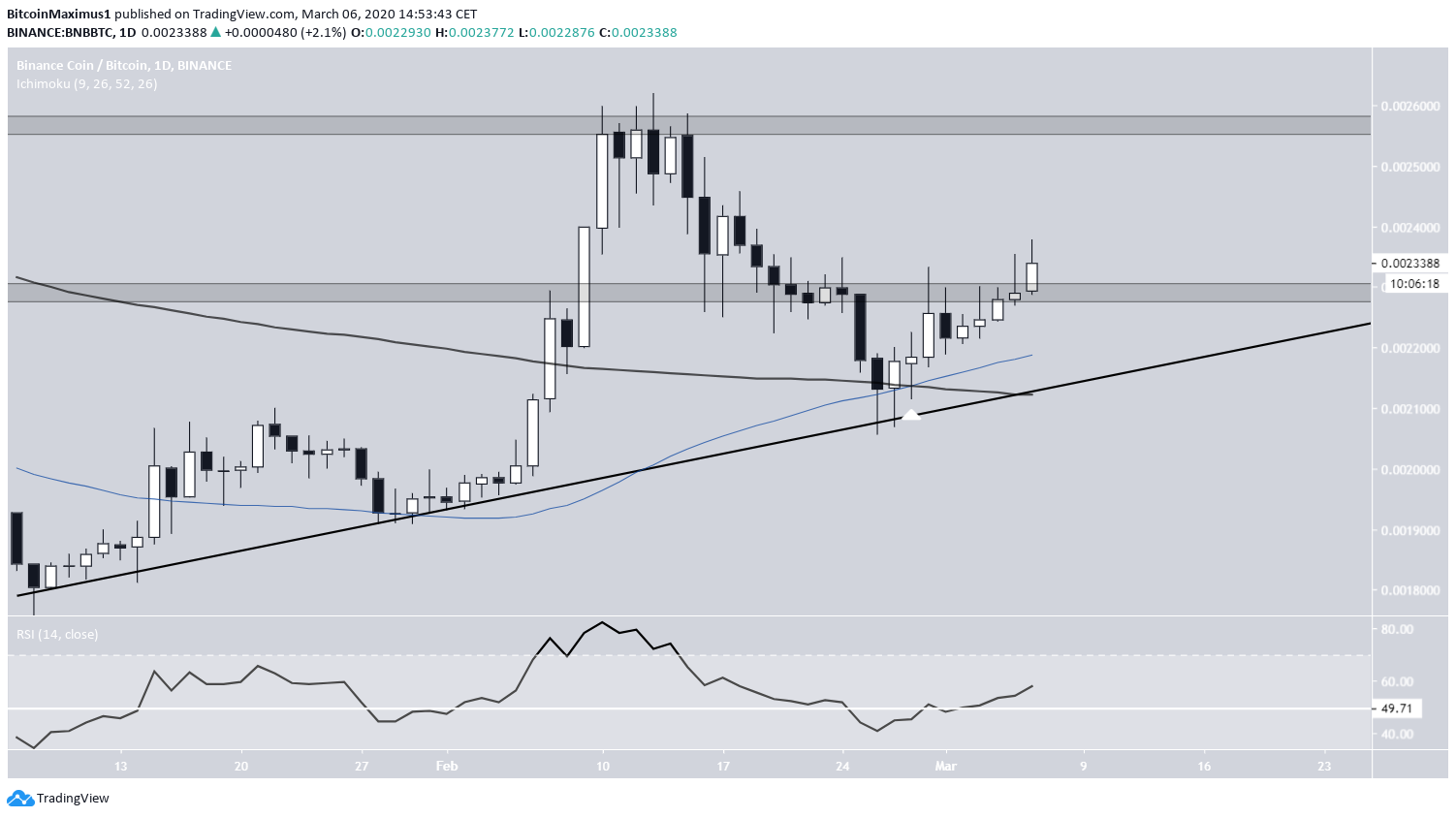 Will The Target Be Hit?

The target in the tweet is given at ₿0.00245, which is also the next resistance area.

Since the price reached the aforementioned bottom on Feb. 26, it has been following an ascending support line. It initially struggled to break out above the ₿0.00223 area but was eventually successful.

While there is some bearish divergence in the RSI, it is not sufficient in predicting a decrease. So, while the price might return to touch the ascending support line once more, it is expected to reach the target afterward. 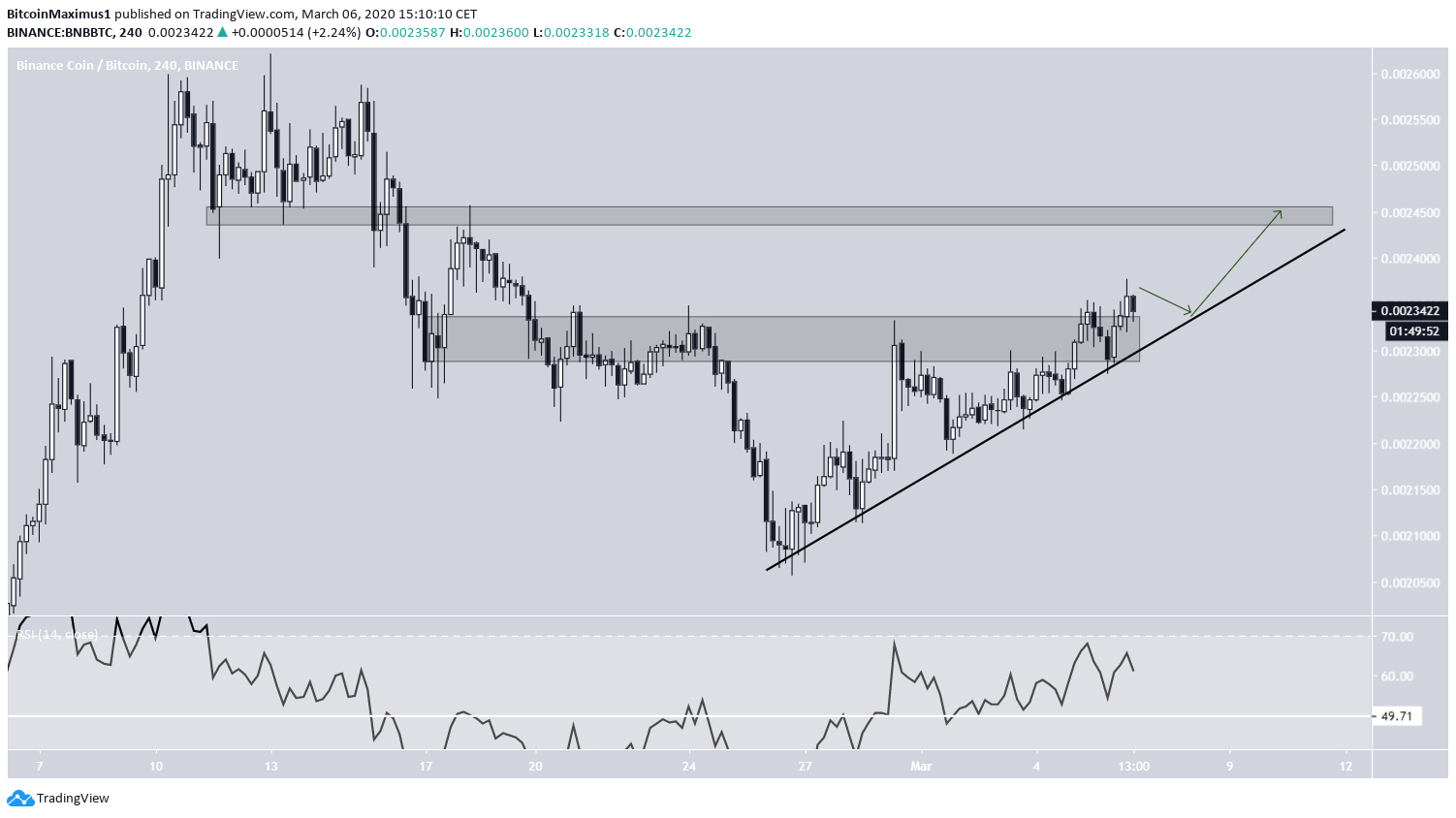 To conclude, the BNB price reached a bottom on Feb. 27 and has been increasing ever since. We believe it will reach the target of ₿0.00245 soon.

The post Is the BNB Correction Already Over? appeared first on BeInCrypto.