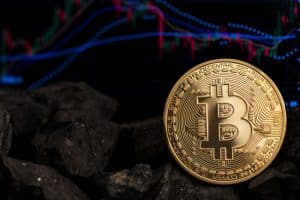 Bitcoin’s popularity is on the rise but network’s core is deteriorating if recent metrics are anything to go by. Maintained by a community of miners who actively ensure transactions are secure and immutable, it has been observed that the average block time has increased from around 8.5 minutes (the average reading on May 10) to 12.1 minutes on May 13.

Users of the network might have therefore noticed some delays.

All this stems from the current state of the network. The network is fortified by a web of miners who are ferociously competing for the 6.25 BTC released as block reward.

On top of the over $56,000 worth of BTC emitted technically every 10 minutes, there are transaction fees.

Transaction fees and block rewards are the lifelines of miners.

For this incentive, they will purchase expensive and scarce gear for the network. This is on top of other running expenses like electricity and cooling costs as Bitcoin mining chip sets are power hogs.

However, with the hash rate hovering at near all-time highs and difficulty sky rocketing as major players plug in, it is highly likely that some miners are being pushed out of business at spot prices.

Scanning data from BitInfoCharts also reveals that the profitability per TH/s per day for most mining gear has drastically slumped. By May 13, for every TH/s of computing power channeled to Bitcoin, a miner will earn $0.076.

This is a sharp contrast to what was earned on May 9, two days before halving and slashing of rewards. Then, for every TH/s funneled, a miner would earn $0.16.

These rates are what a miner would earn per TH/s without factoring in costs of electricity, gear, rent, and cooling. All these vary depending on location.

Without the utilization of economies of scales and even special electricity tariff with electricity generators, May 11 halving would therefore drive the last nail on the coffin of all small miners’ business operation.

As the race becomes stiffer and miners depend on transaction fees to cater for operational expenses, Bitcoin decentralization (despite its unrivaled hash rate or “work”) will be called into question.

One possible outcome after Bitcoin halving:

Already, average transaction fees is back to around July 2019 levels.

Meanwhile, in the last three days, the network hash rate has crumbled from 137 EH/s to 103 EH/s.

Inefficient miners appear to be leaving the network as hash rate has dropped 30%. It will likely recover after a period of churn where efficient miners replace less efficient operations. pic.twitter.com/X7Vk7Hz0zb