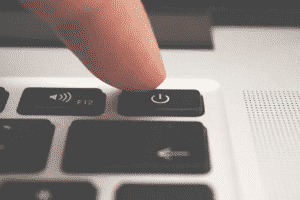 Yesterday, a mere 40 Bitcoin [BTC] transaction worth $392,000 at the time cause a massive dump in the market. The significance lied in the fact that those BTCs were mined in one month after the genesis block in January 2009. The suspicions of Satoshi Nakamoto (the anonymous creator) selling his early mined coin in the market and finally exiting from his ‘pet project’ caused hysteria among investors.

Bitcoin [BTC] price dropped from $9764 to a low in the range of $9300-$9100 on spot and futures exchanges in the hour following the announcement.

Details of the Bitcoin OG

The coins were just moved to new address, and not an exchange. Of course, a Bitcoin OG would be careful about his revealing his identity, and the markets are unlikely to know to its origin.

Out of the 50 BTC, 1 payment was made to an address with 40 BTC, and the rest 10 were moved to thirty different addresses in a batched transaction (see details here). In all likelihood, the trade was made for 10 Bitcoins [BTC] only.

Moreover, one other notable sign is that the address only had 50 bitcoins, the reward for mining one Bitcoin block at the time. This increases the certainty of the entity being separate from Satoshi Nakamoto, who (or which) was mining at the time to support the network and implement bug fixes.

The most important implication of the transaction was that it represents the oldest generation of hodlers now trading their coins. Hence, it is likely that the ‘local top’ is in. However, that is one possibility out of a thousand others that could’ve motivated the ‘old miner’ to move his coins.

Moreover, in the short term, the transaction barely cause a blimp in the on-chain analytics. Willy Woo, on-chain anlayst and investor notes that the , ‘Not discernible from noise’, since the market is liquid enough to accommodate much larger volumes. While 10 years is a long time, it is barely recognizable even in the metrics – no. of Bitcoin days destroyed; which is no. of days of unmoved BTC * no. of Bitcoins.

Nevertheless, it adds to long-term indicators such as realized cap and the belief that it now represents a new round of investment in the ecosystem. Woo notes,

Old coins moving increases both realised cap (orange) and the CVDD price floor model (pink) for valuation. When old investors sell out of their sub $1 coins, it allows for the price floor to increase. New buyers capitulate at much higher prices. (Long term bullish)

In conclusion, the significance of the transaction is barely negligible. However, it has acted as a catalyst to begin a sell-off in the markets. The price of Bitcoin [BTC] at 9: 45 hours UTC is $9356.

Do you think buyers will be able to counter act against the sell-off or bulls will give in too? Please share your views with us.