Interoperability Platform to Use Telos Tech for Cross-Chain Transactions

Interoperability Platform to Use Telos Tech for Cross-Chain Transactions 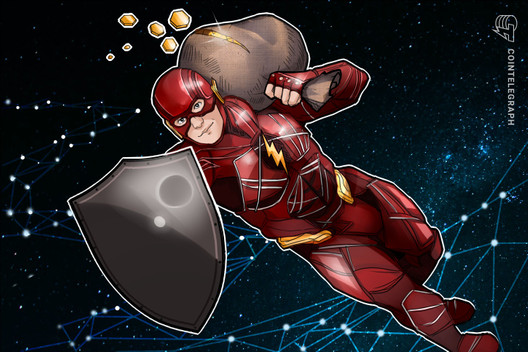 Telos announced on May 26 that Transledger will use its blockchain technology to power an interoperability platform enabling cryptocurrencies to move between blockchains.

The Transledger platform aims to bring improvements to peer-to-peer applications like decentralized exchanges (DEXs), along with enabling management of coins like Bitcoin (BTC) with faster and more powerful smart contract features.

Transledger enables coins including Bitcoin and Ether (ETH) to move between blockchains while keeping their value, using proxy tokens on Telos as a medium of exchange. This allows these coins to take advantage of Telos smart contracts and half-second transaction times without fees.

Using this technology, decentralized exchanges could provide trading speeds to rival centralized exchanges, but without users having to give up control of their assets. It can also bring the liquidity of high-market cap coins like Bitcoin onto DEXs for the first time.

“Cryptocurrency users shouldn’t have to rely on a centralized exchange to trade their assets when we have the ability to create secure, peer-to-peer networks.”

Further use cases include identity verification, oracles and transfer of assets.

Telos has been ramping up partnerships

Telos is ranked as one of the most active blockchains in the world, according to data from Blocktivity.

As Cointelegraph previously reported, it has recently announced three gaming partnerships utilizing the network to bring blockchain-enabled features to games on the Unity and Steam platforms.

And at the beginning of April, Telos teamed up with Genobank to develop a private coronavirus testing application, which has since secured a $50,000 grant from Block.one, the company behind EOSIO (EOS).