Institutional Investors Are Turning Their Attention to Decentralized Finance 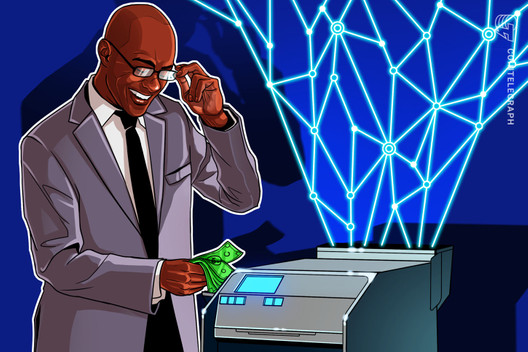 Why we are now seeing clear institutional interest in the growing space of decentralized finance that will take it to the next level.

The decentralized finance sector has been steadily growing and has begun to see the fruits of its labor. But while there is much hype surrounding DeFi projects and applications, particularly during Bitcoin’s (BTC) uncharacteristic lack of volatility, there is still a long way to go.

The technology is still in its early stages, yet even as issues of usability, scalability, interoperability and lack of regulatory clarity continue to exasperate the space, the promise of DeFi is undeniable, and its value is impossible to ignore.

Thus far, 2020 hasn’t been the best of years for many, but DeFi has certainly come into its own by expanding exponentially. It passed a key milestone in February when the cumulative value of tokens locked in DeFi applications reached more than $1 billion. Despite some decline from a sell-off in March that spilled into all markets, that number already recovered by June. Today, it stands at $2.52 billion.

Among some of the main protocols to drive this growth is decentralized oracle network Chainlink, whose token has exploded by over 1,000% this year. Lending protocols have also been seeing some of the most traction, with Compound accounting for 28% of the total locked value and MakerDAO following not far behind. The new phenomenon of “yield farming” has presented investors and crypto traders with opportunities to make gains.

Yield farming, otherwise known as liquidity mining, is an important incentive mechanism that DeFi protocols use to attract liquidity. They do this by issuing governance tokens, such as Compound’s coin, COMP, that give governance rights to the holders who bring much-needed liquidity to the network.

All this action has placed DeFi tokens among the best-performing crypto assets of this year. In addition to COMP’s staggering growth after entering the market and the unstoppable rise of Chainlink’s LINK, over the last 90 days, other DeFi tokens like Aave (LEND) and Bancor (BNT) have seen gains of well over 300%.

No smart money can ignore stellar growth like this in the DeFi space, which is still largely dominated by retail investors. However, it has been gaining some serious traction among institutional investors — despite the infrastructure not being quite ready just yet. Let’s take a look at a few examples.

The rise of institutional interest in DeFi

According to a recent survey by Fidelity Asset Management, 80% of the surveyed institutions now find investing in digital assets appealing. That’s a sizable number and a gigantic shift compared to just a couple of years ago when many were brandishing Bitcoin and other cryptocurrencies as scams.

Yet beyond investing in well-known digital assets, some key traditional investment firms have redirected their interest toward DeFi to help the development of the space. The Chicago DeFi Alliance, for example, comprises some of the top trading, brokerage and investment firms. This initiative was created to support promising DeFi startups with finance, resources, market making and other services.

We’re talking about behemoth players like TD Ameritrade, Arca and CMT Digital. All of the firms involved have been pushing for both the development of the space and its regulation. But while regulation remains decidedly unclear across this decentralized, multi-jurisdictional space, investors have been greatly encouraged by action from the Securities and Exchange Commission of the United States regarding Arca’s stock on the New York Stock Exchange this month.

A Bitcoin-ETF may continue to be a hot potato, but this July, the SEC approved an Ethereum-based fund. After nearly 20 months of pushing for the decision, Arca Labs started selling shares in its Arca U.S. Treasury Fund on July 6 after receiving an official “Notice of Effectiveness.”

SEC-approved, Arca’s digital shares are represented by ArCoins and are traded on the Ethereum blockchain. This is a major milestone for the entire industry, as it represents the first time the SEC has allowed a fund comprising cryptographic tokens to enter the investment markets — and it is a huge step in the right direction toward unifying traditional finance with digital asset investment.

Positive outlook ahead of Ethereum 2.0

While Bitcoin’s trading volume has hit a six-month low, interest from several key players continues to turn to Ethereum. The world’s largest crypto investment firm, Grayscale, recently announced that it was increasing its weighting of Bitcoin and Ether (ETH) in its Digital Large-Cap investment fund.

The fund’s major holding of course still remains Bitcoin by a country mile; between March and June, the percentage of BTC held in its fund increased from 81% to 81.5%. However, Ethereum’s weighting at Grayscale also increased significantly from 9.6% to 11.7% in Q2.

All this institutional interest in Ether is extremely positive for the community ahead of Ethereum 2.0, and we are pleased to be at the forefront of the next big wave of crypto adoption that will eventually take real-world assets to the blockchain and finally allow the unbanked a chance at accessing financial services. Not only do we list major DeFi tokens including LINK, Maker (MKR) and COMP but we are also among the first validators on the Topaz testnet, Ethereum’s testnet for Ethereum 2.0.

We are continually expanding our footprint in the DeFi space with customer-to-customer lending features, DeFi governance token listings and our own public chain, OKChain, allowing a host of DeFi apps to be built on a large commercial scale.

We’re aware of the challenges surrounding the DeFi space and understand the strides that still have to be made. But the increased institutional interest in a still-nascent area is a good sign that DeFi will continue to expand, and OKEx is thrilled to be at the forefront of crypto’s next revolution.

Jay Hao is a tech veteran and seasoned industry leader. Prior to OKEx, he focused on blockchain-driven applications for live video streaming and mobile gaming. Before tapping into the blockchain industry, he already had 21 years of solid experience in the semiconductor industry. He is also a recognized leader with successful experiences in product management. As the CEO of OKEx and a firm believer in blockchain technology, Jay foresees that the technology will eliminate transaction barriers, elevate efficiency and eventually make a substantial impact on the global economy.