Institutional Investment In Bitcoin Not Dead, “The Bitcoin Fund” Trades Over 160,000 Shares in 24 hrs 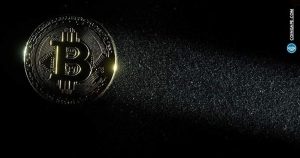 Institutional investment in Bitcoin (BTC) is not dead. The Bitcoin Fund, a Toronto Stock Exchange (TSX) listed asset traded over 130,000 shares in the past 24 hours, barely two weeks since its launch on April 10. The growth in interest in Bitcoin funds by institutions is highly attributed to the upcoming halving with institutions pouring in funds in the space.

On April 10, Canadian investment fund manager 3iq Corp. launched The Bitcoin Fund on Toronto stock exchange merging the fud with 3iq Bitcoin Trust. According to the release, the initial public offering (IPO) raised a total of 1,491,800 outstanding class A units worth about $14 million.

As the world continues to adopt bitcoin, the firm aims to provide a regulated fund for institutions to enter into the cryptocurrency market. The report stated,

“This new class of assets will give institutional investors exposure to the digital currency bitcoin and the daily price movements of the U.S. dollar price of bitcoin.”

Since launch, the launch, the number of shares traded daily on the platform has steadily risen hitting a daily peak of 163,716 shares as of Thursday’s market close. The price of the share currently stands at $11.14, representing a slight 3.40% growth in a day as physical BTC traded 8% higher in the same timeframe.

The institutional-focused crypto fund, Grayscale, announced a mammoth growth in its GBTC fud, which now holds over 1.7% of the total BTC in circulation. According to Rayhaneh Sharif-Askary, Grayscale’s head of investor relations, the company witnessed a $503 million bump in its crypto fund coffers in the first quarter of 2020 – 88% of the funds coming from institutions and hedge funds.

Notwithstanding, Intercontinental Exchange’s CME Bitcoin Futures and Bakkt Futures open interest is on a spike after a threatening fall in mid-March. The COVID-19 pandemic doesn’t seem to seter the investors as the halving nears which gives a very bullish signal in BTC’s price heading to its third halving in May.

Do you think a spike in institutional investment signals an opportunity to invest in BTC heading to the halving? Share with us your comments below.