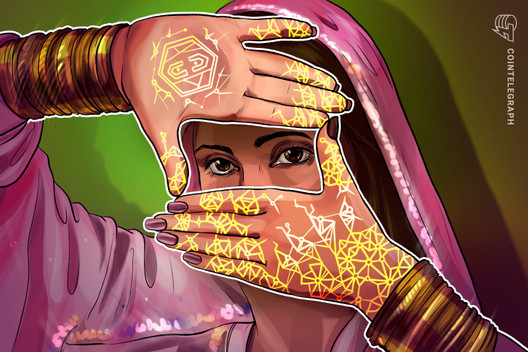 The surge in sign-ups from Indian traders has followed the Supreme Court’s reversal of the Reserve Bank of India’s (RBI) longstanding ban on banks providing financial services to crypto firms.

According to data published by UsefulTulips, Indian trade on Paxful has increased 883% from $2.2 million to $22.1 million when comparing the first five months of 2019 and 2020.

Youssef asserts that Delhi, Maharashtra, West Bengal, and Uttar are the Indian cities producing the strongest trading activity by the number of transactions.

In the first half of 2020, Paxful’s Indian volumes have grown to exceed $1 million in weekly volume on average, posting three consecutive all times in the seven-figure range during May. Monthly Indian volume on Paxful tagged $6.2 million during May, while the average for 2020 is $4.4 million.

“The Indian market holds great potential and importance for the future of the crypto-economy,” Yousef stated. ”We are actively focussing our efforts on bringing cryptocurrency to the masses across the nation to aid in the eradication of poverty, boost economies, and create jobs, especially in the post-CoOVID-19 economy.”

India yet to fully embrace crypto

Despite India’s apparent crypto liberalization triggering a rush of exchanges seeking to operate in the country, reports indicate that Indian financial institutions are still refusing to provide banking services to many virtual currency firms.

In early May, several cryptocurrency exchanges petitioned the Reserve Bank of India for clarity regarding their taxation obligations, with some firms fearing that application of the Goods and Services Tax could pose an existential threat to their operations.