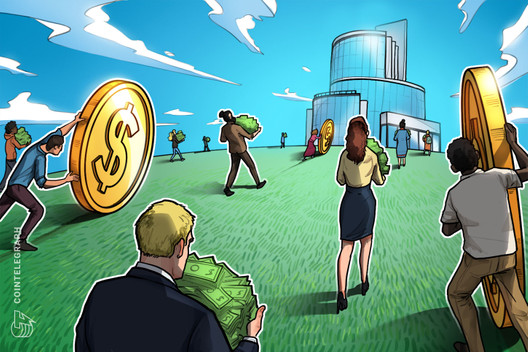 CoinDCX, India’s largest cryptocurrency exchange, announced that it had raised $2.5 million from investors including Polychain Capital and Coinbase Ventures, the investment arm of crypto exchange Coinbase.

The investment comes shortly after the exchange’s Series A funding round in March, in which CoinDCX secured $3 million from Bain Capital, Polychain and HDR Group, the operator of cryptocurrency exchange BitMEX.

In an announcement from CoinDCX on May 25, the exchange said it would be using the funds to encourage mass adoption of cryptocurrency in India through its “TryCrypto” campaign. CoinDCX stated its goal was to have 50 million crypto users in the country. One of TryCrypto’s initiatives will be a cryptocurrency and blockchain educational program aimed toward new traders.

Sumit Gupta, Co-founder and CEO of CoinDCX, said the crypto industry in India was garnering more attention from global corporations like Coinbase and Polychain. This recent investment, coupled with the $3 million secured in March, would provide “a shot of confidence in our roadmap toward bringing the crypto asset class to a largely untapped Indian market.”

In March, India’s Supreme Court struck down a ban by the Reserve Bank of India on banks’ services to crypto-related firms that had been effective since July 2018.

Coinbase was one major crypto exchange to take advantage of the untapped market, offering crypto-to-crypto conversions and trading services to residents of India in April.

Though the recent lockdown due to the coronavirus pandemic is still in effect for many parts of the country, Indian exchanges also reported strong growth following the court’s decision. CoinDCX said it had ten times the number of users signing up in the first week after the ban was lifted and 47% growth for Q1 2020. Trading platform WazirX recorded a month-on-month growth of over 80% in both March and April.

However, some banks in India continue to deny services in support of the sale or purchase of crypto assets. Gupta spoke to Cointelegraph on May 14, saying that the “regulation of the cryptocurrency sector within India remains vague”, which has led to many traditional financial institutions to hesitate to work with anyone involved with crypto or digital assets.