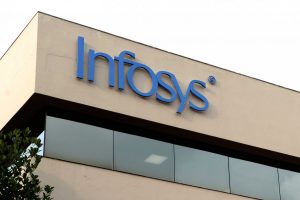 Indian multinational consulting company, InfoSys, launched three blockchain platforms on Wednesday, December 18, 2019 in a bid to enhance the interoperability and efficiency across systems.

In a published post on Economic Times India, Infosys Blockchain, a subsidiary of the $12 billion worth consulting company, announced the launch of three blockchain-powered distributed applications for government services, insurance, and supply chain management domains.

Located in Bengluru, India, Infosys boasts as one of the largest consulting, information technology and outsourcing service firm across the world. The multi-national firm launched its blockchain project back in 2017 to improve its core business and other enterprises. The official website states,

“We provide a host of offerings to help in the adoption, integration and realization of blockchain networks. Infosys also brings its strength in other technology areas to complement or combine with blockchain and help amplify its value.”

The applications are comprehensively designed for enterprises to ensure easy deployment, interoperability with other blockchains and integration with other emerging technologies such as IoT and data analytics.

The first blockchain application is the “Supply Chain Distributed Application” which offers solutions for a number of outbound and inbound logistics and distribution activities. Leveraging blockchain to enhance trust and decentralization the application integrates current internet of things protocols to boost transparency and efficiency across the supply chain.

The second application is based on government services to “establish inter-departmental interaction to fulfill citizen-centric service requests”. The platform allows government sectors to implement transparent collaborative networks to enhance data sharing and security.

The final application, “Insurance Distributed Application” aids insurance companies in policy management and issues regarding claims. The application is readily scalable for enterprises in the industry.

A growing focus on blockchain across the globe

The blockchain field has seen enormous growth in 2019 and it is expected to further grow in the coming years. According to a report in November, the blockchain industry is expected to experience a compounded annual growth rate (CAGR) of 69% in the next five years with investment from China expected to increase to over $2 billion USD.

Furthermore, countries across the world including Ghana and Rwanda, who recently announced deals to fund blockchain development in their countries. Notwithstanding, the European Union just launched the EUROchain in preparedness of the blockchain revolution set to takeover.