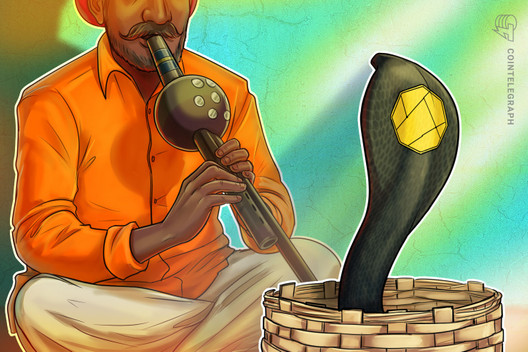 Here are the legal resources available to Indian crypto users and businesses if a bank has declined services out of cryptophobia.

In a recent response to a Right to Information query, the Reserve Bank of India, the Indian central bank, has stated that there is no prohibition on banks to provide bank accounts to cryptocurrency traders. But some banks have been arbitrarily denying services to crypto users and are still doing so. If there is no law banning crypto trading, as emphasized by India’s Supreme Court, and there is no prohibition on banks by the RBI, then why aren’t banks treating crypto-related activities on par with other legitimate activities?

The RBI banking ban on crypto was set aside by the Supreme Court on March 4, 2020. In its detailed judgement of over 180 pages, the Supreme Court stated that the RBI action is extremely disproportionate in severing the lifeline (banking services) for cryptocurrency trading business despite crypto trading not being illegal under any Indian law and no harm or damage is proved to have been caused to these banks as a result of their relationship with crypto exchanges. Thus the judgement, without speaking any good or bad about cryptocurrency, rendered the legality of crypto back to its erstwhile status as it was before the RBI’s ban: a state of regulatory vacuum.

Has the judgement provided any relief to crypto?

The judgement was celebrated by Indian crypto enthusiasts as rainfall after a drought. However, it has not eradicated the banks’ hostility toward crypto, as most banks so far have refused to mend their ways. Various news reports have given accounts of individual crypto users being denied services by banks in one way or another. Here are some instances:

In denying these services, the banks claimed that they are waiting for an RBI update in light of the Supreme Court’s judgement, but the absence of corresponding legal obligation of the RBI to issue any such update renders this excuse totally unreasonable. In contrast, some banks are indeed providing services to crypto exchanges, although sometimes with a withdrawal restriction. Considering the RBI’s recent response to the Right to Information query stating simply that there is no prohibition on banks as well as the fact that banks are expecting updates from the RBI, one thing is clear: The RBI is not particularly interested in breaking the current state of confusion.

Where do we stand today?

As the situation stands today, the two cases seeking regulation or ban on crypto are still pending in the Supreme Court. The government has been consistent with its stance in court to introduce the infamous Crypto Banning Bill in the Parliament of India, which prescribes 10 years imprisonment simply for holding cryptocurrency, among other things.

In every hearing of the pending cases, the government must put together a reason to justify its delay in deciding on the nation’s regulatory framework. It would be wishful thinking to believe that the constant pressure for a response exerted on the government would not render the situation even worse for crypto, as it might lead to hasty decisions.

Also, it must not be ignored that the Supreme Court’s verdict has put the RBI in an even better position to interfere with the cryptocurrency sector. In one of the findings, the court recognized that the RBI has the power to not only regulate but also prohibit cryptocurrency, given its resemblance to money.

Along with its best efforts to be compliant with existing laws on foreign exchange, money laundering and income tax, it is the need of the hour that the Indian crypto community starts making individual and collective moves against this arbitrary and unjust conduct of the banks, rather than taking a passive approach.

What is the legal recourse against banks?

Three remedies are outlined below:

Complaint to the RBI ombudsman:

This is the easiest remedy provided under RBI’s Ombudsman Schemes, and is cost-free. You can simply visit the RBI website and file a complaint. Questions like how to file, where to file and what documents are required are all answered on the website.

The complaint can either be against a bank such as the State Bank of India or ICICI Bank, or a payment system like Paytm or Google Pay, addressing the grievances cited above. It is important to note that two separate schemes — one for banks (Banking Ombudsman Scheme 2006) and the other for payment systems (Ombudsman Scheme for Digital Transactions 2019) — are available on the website. Clause 8 of both schemes detail the acceptable grounds of filing a complaint. It is recommended to read the relevant scheme carefully before filing the complaint.

Complaint to the Consumer Forum:

This remedy is warranted if a customer has suffered losses due to a bank’s deficiency, e.g., if a bank has unjustly frozen funds on invalid grounds that resulted in monetary loss.

Writ petition under Article 226 of the Constitution of India:

Public sector banks are rarely accused of denying services for crypto-related activities. Mostly, it has been the private banks showing reluctance. Filing a writ petition before the High Court under Article 226 is the most effective remedy that can bring relief in the most expeditious manner once and for all.

Although writs are generally maintainable against the government and its authorities that fall in the definition of “state” as provided under Article 12, in exceptional cases, Indian courts have also upheld writs against private bodies by applying a “doctrine of public function.”

The denial of services by banks for crypto users is absolutely without any statutory backing or regulatory guideline, which is a blatant violation of the principle of nondiscrimination. In fact, this arbitrary exercise of discretion by banks is tantamount to assuming power with which they have not been conferred. Thus, a writ can be maintainable against private banks as well.

While freezing or closing bank accounts and blocking transactions, the banks have communicated to crypto users and traders that they are awaiting an RBI update in light of the Supreme Court’s judgement. However, when nullifying the ban, the Supreme Court emphasized that there is no law prohibiting cryptocurrency trading and additionally recognized banking services as a lifeline to crypto business activity. Thus, these communications from banks can also be used to call upon the RBI to clear the haze.

Moreover, the recent RBI response to the Right to Information query further highlights that there is no prohibition on banks to provide services to crypto traders. In spite of the aforesaid position, the rebellion shown by some banks is unfortunate and is a matter of serious concern that needs to be addressed with high priority.

The views expressed above are purely informative in nature.

Mohammed Danish is an Advocate practising law in the Indian courts, including the Supreme Court of India, with a focus on fintech law. He started his crypto journey in 2018 by co-founding crypto regulatory analysis platform Crypto Kanoon. He also co-founded a non-for-profit website, Cryptocomplaints.org, the world’s first cryptocurrency grievance reporting platform.