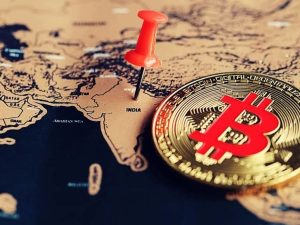 In two surprising announcements yesterday, the Reserve Bank of India (RBI) not only reported a failure of another payment bank, but also clarified it’s stance on crypto.

While Vodafone’s M-pesa is huge success in Africa, it fails to gather any momentum in India. Hence, the company decided to surrender it’s PPI license. In a consecutive action, RBI announces the cancellation of Vodafone’s certificate of Authorisation (CoA) license.

According to a recent trend report, RBI report a 21% hike in their aggregate losses from $72 million in the financial year 2018 to INR $88 million in FY19, ending March 2019. Aditya Birla Group with Idea also backed out from offering the services.

Reportedly, there are 11 companies who were authorized to operate payments in the country. PayTM, Bharti Airtel, Vodafone and others given a green signal in 2015. Nevertheless, the players are now backing out as the amount of losses continue to pile on.

In July 2018, the Indian central bank prohibited their banks in facilitating crypto businesses. This practically put a stop to investment and development of cryptocurrency in the country.

The authorities have viewed the entire industry negatively as well, brow-beating one of the leading exchanges, Koinex into shutting down. Moreover, there were also rumors around a ‘draft bill’ that announces a ban in the country.

In a surprising announcement yesterday, the federal bank clarifies one of the strongest doubts around cryptocurrency in India – Are they banned?

Reportedly, according to the affidavit subimitted to the Country’s Apex Court reponse to the formal quaries submitted to RBI since 2018, it notes,

“Firstly, the RBI has not prohibited VCs (virtual currencies) in the country. The RBI has directed the entities regulated by it to not provide services to those persons or entities dealing in or settling VCs

Hence, it is stands, they are not banned in India. However, as banking services continue to deny service, the exchange largely occurs on P2P platforms in the country.

Will India Include Crypto in its’ Digital Schemes?

The Government of India under Prime Minister, Narendra Modi has taken strong steps in bringing a digital revolution in the country. However, while the adoption might be increasing, the service providers are taking losses.

In cryptocurrency, it is equivalent of miners not being able to generate profit for validating the transactions. A circumstance like this could cause eventual shutdown of the operators or they will look to adapt to more cost-effective technology.

Do you think cryptocurrency will become a viable solution? Please share your views with us.