Incognito Node review: A modern way to mine cryptocurrency 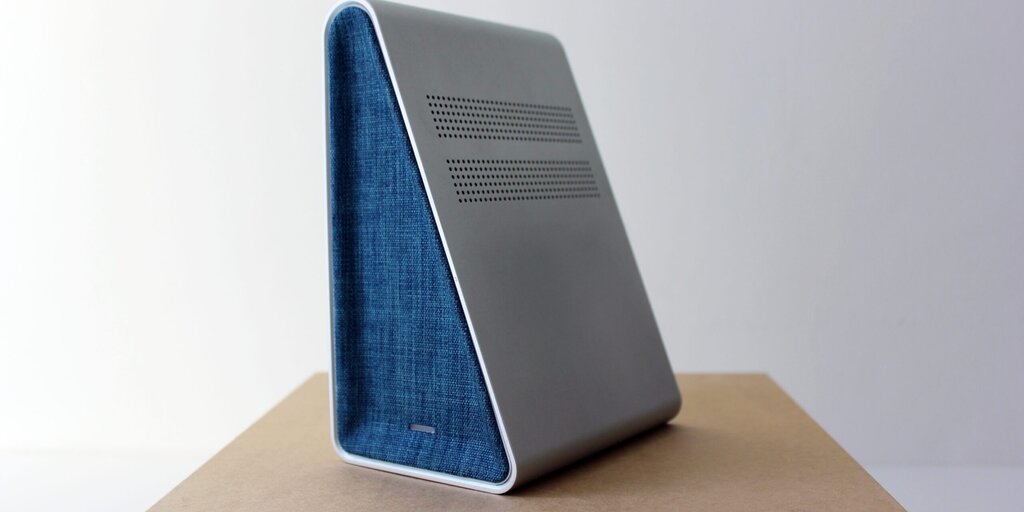 The Incognito Node promises a lot: for $399, you get a sleek plug-and-play box that passively earns its owner crypto by processing transactions on Incognito’s network. Some of Incognito’s claims have raised eyebrows; can it really be as good as it promises? Decrypt goes hands-on to find out if it’s all it’s cracked up to be.

What is the Incognito network?

The Incognito network runs as sidechains to many of the main blockchain networks. When you transfer a coin to its sidechain, transactions made after the initial transfer are anonymous. When you send it back to the main Ethereum network, that transaction is public.

Things are off to a promising start; the Incognito Node is a streamlined, futuristic-looking device; its angled shape, made from anodized aluminum and woven, textured fabric, resembles an upmarket smart speaker or Internet router. Round the back of the device, it’s a bit of a step down; the rear face is made from white plastic and has a number of marks, but that’s less important since it’ll be hidden during use.

The Incognito Node’s packaging is a simple cardboard affair; the outside of the box carries the company’s slogan, “Earn crypto while you sleep,” in white, next to the Incognito logo. It’s well put together, enclosing the node securely with a separate box for the accessories.

Inside the accessories box, which is surprisingly difficult to extract, you’ll find a plug and a number of different power adaptors—though not, as the documentation promises, a UK adapter. Luckily, Decrypt has plenty going spare.

First, you’ll need to download the Incognito Wallet app to your smartphone and connect it to your Node. Things get off to a rocky start when the app asks for permission to access the device’s location; select “no thanks” instead of “always on” and it pings up a notification. “Help Node find you,” it pleads. “Please give the app permission to access your location.”

Assuming you’re willing to sacrifice your privacy, connecting the node is fairly simple once you’ve cleared that hurdle. Point your phone’s camera at the device’s QR code to identify it, enter your Wi-Fi details in the app and everything should magically connect.

The next stumbling block comes when the app pops up a notification that “A keychain has been created for you. Remember to copy your private key [and] keep it somewhere safe.”

Confusingly, at this point no private key appears; the app just shows that the Node is active. Clicking through the app yields up a selection of private keys for things like “pDEX”, as well as a 10 digit number, but the app doesn’t make it clear which (if any) of the keys relates to the Node, or what each one is for.

The Node itself is up and running at this point, and the process of actually using it is rather painless; it should keep chugging along and topping up your account with coins.

While the website says the Node mines Bitcoin and Ethereum, it appears this isn’t its main purpose. Instead, it mines PRV, the native token of the Incognito network, at a rate of 35 PRV per month. At PRV’s current price, it will earn $20 per month, meaning it’ll take 20 months—nearly two years—just to pay back the initial cost of the device.

That’s one of the problems with this whole set up. Despite Incognito’s claims that “Node will pay for itself in under a year,” it’s completely dependent on the price of PRV. If the price tanks, it could take many more years, or even decades, to pay off the Node.

You have the option of using pre-funded staking, where a “Funder”—at present, the core team—lends your node the tokens, keeping 65% of the rewards and giving you 35%. That seems steep, given the $399 cost of the Node itself.

The best crypto metal wallets you can buy now (UPDATED)

And if you want to speed it up, you have to put more money at risk. The alternative is to stump up 1,750 PRV ($1,225) and have this money held on the network the whole time. In doing so, you get 100% of the rewards, but your money is locked up as PRV—and subject to its volatile price.

Decrypt opts to stick with the pre-funded option; within a few days some 23 PRV trickle into the Incognito Wallet, worth around $15.

The device does earn some transaction fees by processing Bitcoin and Ethereum transactions on Incognito’s privacy-focused sidechains, but when they start to trickle in, it turns out they’re tiny; a whole 0.000000001 BTC over the review period, worth $0.0000092. Not a lot.

Incognito Node review: Ease of use

Incognito Wallet is, on the face of it, a very user-friendly app. The main screen offers a smorgasbord of things to do, from trading cryptocurrency to staking PRV on your Node—and even becoming a liquidity provider on the Incognito network. But within each section, things get a little bit more complicated.

Let’s start with the trading section. This is quite straightforward and lets you exchange a hundred cryptocurrencies on Incognito’s decentralized exchange. It’s unclear if Incognito takes a cut on the trades, but the price given is three percent below the only price listed for PRV online (it’s not on CoinMarketCap, CoinGecko or other top data providers).

What’s confusing is that there are five accounts or so within the app. If you click the top right button, you can choose to use funds from your “Anon” wallet, or “pDEX,” “pDEXWithdraw,” “pStake” or the number of your node. It’s unclear what the differences are between these accounts and you can’t see your balances without clicking on each one.

In the assets section of the app, you can create private transactions using the Incognito network. Confusingly, under Bitcoin, there’s a “double P” symbol, followed by the number 15,742. It appears to be the price of Bitcoin when measured in PRV, but there’s no walkthrough in the app or any help button to click on—making it hard to determine the value of the assets in the wallet.

It seems that the wallet only stores cryptocurrency on the Incognito network. You can send normal Ethereum, for example, to the wallet—but you have to exchange it for the privacy version before it gets there, by clicking “Shield.” If you already have the privacy type, you can just send it to the wallet.

It’s also slow to update; a test send of some privacy Ethereum into the wallet is confirmed, but the account balance doesn’t update for a long time. Trying to withdraw the Ethereum results in the app trying to charge PRV for the fee—even if you don’t have any PRV—forcing you to manually calculate the fee in Ethereum instead. It’s a nightmare.

Once you’ve earned some PRV, you can use the app’s inbuilt exchange to swap it for another cryptocurrency. Again, this is a slightly obscure process; once you’ve swapped your PRV for another cryptocurrency (say, USDC), you need to remember to swap that from the privacy version to the “unshielded” version before you can withdraw it. Confusingly, there’s no reminder that within the app, you’re looking at the shielded, private versions of cryptocurrencies rather than their unshielded counterparts.

The Incognito Node is aimed squarely at wooing the mass market consumer to crypto. In that regard, the hardware is a success. It’s easy to set up, and it’s a slick-looking piece of consumer electronics hardware that wouldn’t look out of place in the home, sitting next to an iMac or Amazon Echo.

However, the software massively lets it down. The Incognito Wallet app, which is, on the surface, straightforward, becomes increasingly tricky as you drill down into its functions. The whole concept of the Incognito network is difficult to grasp for newcomers; couple that with the many and varied functions of the app and it becomes unnecessarily hard to grasp. And the one thing the app needs—a walkthrough—is completely missing.

Once the node is set up, you’re on your own. And that, unfortunately, means this beautiful bit of kit goes to waste.