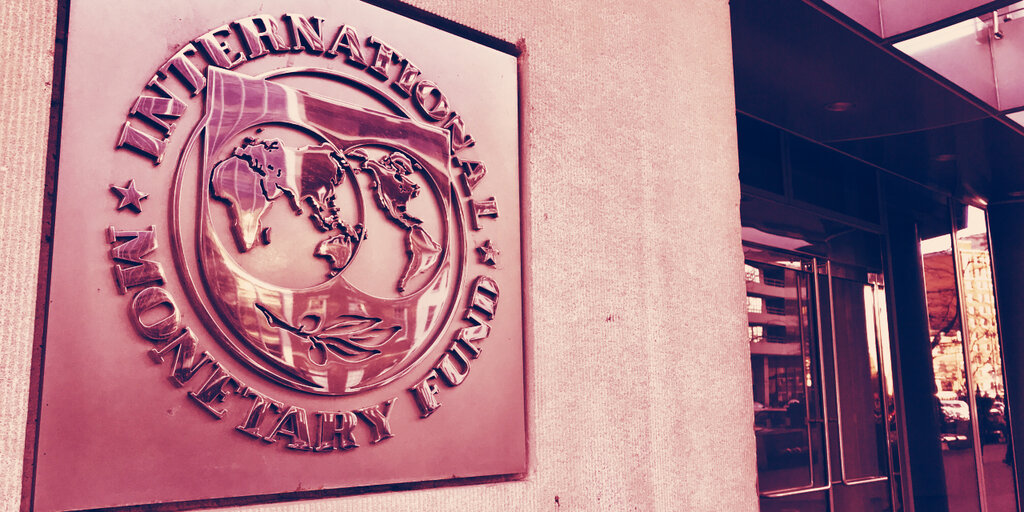 The International Monetary Fund remains opposed to the national digital currency planned by the Republic of the Marshall Islands (RMI,) according to an official statement sent to Decrypt on Thursday.

The Marshall Islands plans to launch the hybrid “crypto-fiat-currency” as a legal tender later this year, as a way to deal with the unique economic issues it faces. The nation of more than a thousand islands does not have a currency of its own. It gained independence from the United States in 1979, and desperately wants to reduce its reliance on the greenback.

Its proposal to issue its own cryptocurrency in lieu of fiat was first reviewed by the IMF in 2018, when the project was announced. At the time, the IMF raised concerns about the plan, saying it posed a danger to the island nation’s economic stability, as well as “reputational risk.”

However, since then, significant developments—namely the announcement of Facebook’s Libra cryptocurrency and China’s “digital yen”—have fuelled new interest in the digital currency sphere from governments and policy makers worldwide.

But this new statement from the IMF pours cold water on claims that the organization could be softening its stance toward the cryptocurrency, which is known as the Marshallese Sovereign (SOV.)

“Based on information available, staff’s preliminary view is that key risks associated to the SOV discussed during the 2018 Article IV Consultation seem to remain relevant, despite further developments in the digital currency space (including CBDCs and stablecoins.) This has not yet been examined by the IMF Management or the Executive Board,” said Manrique Saenz, IMF Mission Chief to the Marshall Islands.

The IMF can’t block the Marshallese Sovereign, but it does have some clout. Its main functions are keeping an eye on economic development in its 189 member states, and helping to strengthen their fiscal systems. It’s also a lender of last resort (and has given out over a trillion in loans.)

As an IMF member, the Marshall Islands has agreed to pursue economic policies that support the organization’s goal of promoting global economic stability. So, in theory at least, the RMI has subjugated some of its sovereign authority for this purpose.

The IMF’s statement also indicates that a key issue surrounding the launch remains unresolved: the risk to the RMI’s last remaining US dollar correspondent banking relationship, with First Hawaiian.

The bank has already urged the RMI to find a replacement correspondent banking relationship. But, to date, the nation has had little success.

The SOV is not a stablecoin like Libra or a CBDC—the RMI has no central bank. Instead, it relies on the computational power of the blockchain as its monetary regulating element, and each new issue will go directly to the stakeholders: RMI citizens, and other investors.

The digital currency is expected to roll out in a series of auctions to the rights of the future SOV, according to New York startup, SFB Technologies, which is behind the project. The plan is for the currency to function alongside the US dollar.

“We appreciate that it is the IMF’s role to advise countries on their economic policies and potential risks,” Barak Ben-Ezer, co-founder of SFB Technologies, told Decrypt. “The SOV is the first sovereign digital currency, and it has built-in identity measures to ensure compatibility with compliance standards. Any decision of issuing such a currency in the Marshall Islands remains the sole prerogative of the elected government.

The IMF revisits key proposals every two years. The next comprehensive review of SOV is slated for December—that’s if the coronavirus pandemic doesn’t disrupt the IMF’s next visit, as it has nearly everything else.