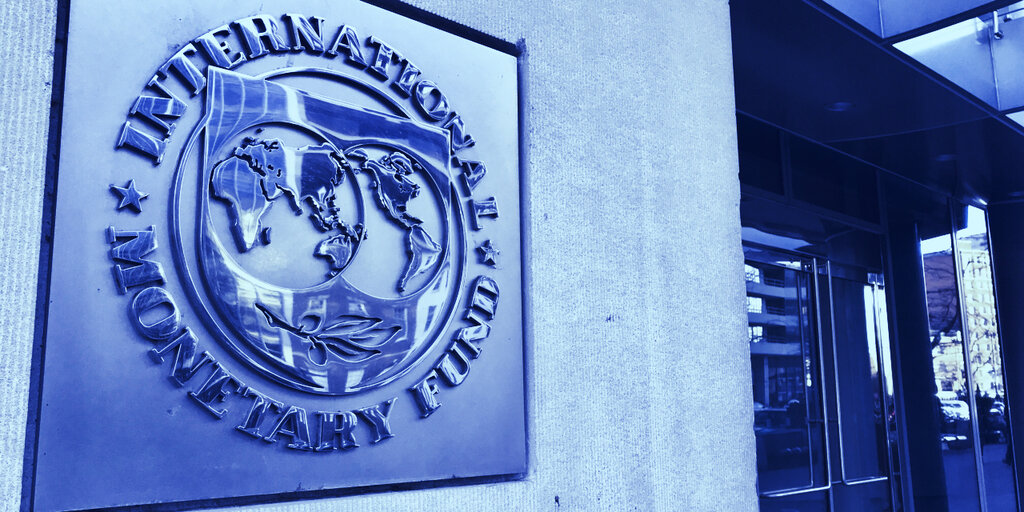 On a recent episode of “The Money Movement” with Circle CEO Jeremy Allaire, Tommaso Mancini-Griffoli, a deputy division chief in the Monetary & Capital Markets Department of the International Monetary Fund, put forward the idea of a synthetic central bank digital currency. It’s an idea the IMF has been kicking around for over a year.

“A synthetic central bank digital currency is essentially a private-public partnership where the private sector issues a liability that is used by you and I to purchase assets for payments,” explained Mancini-Griffoli, “but that liability is fully backed by central bank reserves.”

For non-finance majors, a liability in this case would just be the token. Mancini-Griffoli’s proposal, which is not yet endorsed by the IMF as a whole, contrasts with the traditional concept of a CBDC in which the central bank issues the liability directly to citizens.

That model is probably no longer tenable, believes Mancini-Griffoli. “We’ve warmed up to the idea of a public-private partnership. The question is how to design that partnership.”

According to Mancini-Griffoli, central banks are worried about the costs and risks of CBDCs but also about deterring innovation by butting into a space where global stablecoins and other digital assets are making headway.

Still, there are some who think CBDCs are unnecessary—and central bank regulations along with them. The global stablecoin market is nearing $10 billion in market cap. What’s more, consumers have plenty of choices: Tether and recently launched exchange products like USD Coin, Binance USD, and Gemini dollar.

All the more need for regulation, said Mancini-Griffoli. “It’s great that we have new innovations in payments, we have stablecoins that are backed with relatively safe assets, but there’s a bunch of different stablecoins that are available. It’s hard for consumers to know which ones are really fully backed, which ones really offer a claim on the underlying reserves, and how liquid and safe are those reserves.”

In the end, then, there’s no IMF-hatched plan to upend the fractional reserve banking system or even to remove every intermediary. Mancini-Griffoli’s idea is instead more about allowing for more efficient retail payments.

This, he noted, is also a practical way of banking the unbanked and actually bringing the power of finance to citizens across the globe, a main part of the IMF’s mission. “In many countries where banking sector penetration is low, many of our member countries, we’ve seen the take-up of new digital means of payment is enormous,” Mancini-Griffoli related. “But in those cases, these new means of payment have enabled customers to come online, to participate in payments, and then slowly they migrate toward banking services.”

Thus, when it comes to public versus private, “it’s not an either/or discussion.”