If large investors put 1% on Bitcoin, what would its price be? 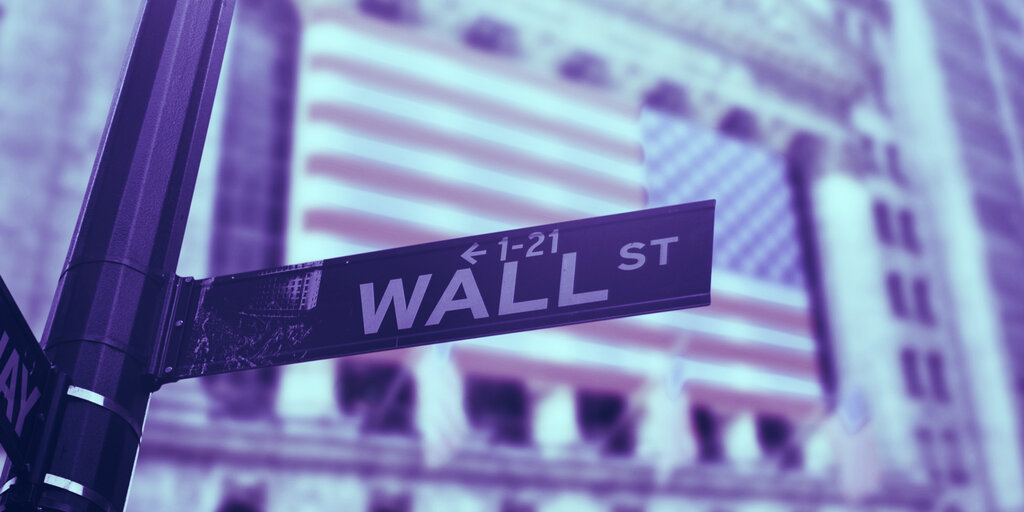 Messari analyst Ryan Watkins estimated yesterday that if large institutional investors put just one percent of their funds in Bitcoin, this could pump its price to $50,000 and its market capitalization to over $1 trillion.

What would it look like if institutional investors followed Paul Tudor Jones and allocated a “low single-digit percentage” to #Bitcoin?

Here’s what we found using our best estimates of global inst. investor AUM.

Hundreds of billions if not trillions $ in inflows

As Decrypt reported in May, billionaire Paul Tudor Jones recently revealed that he holds around 2% of his portfolio in Bitcoin. At the time, he encouraged institutional investors to consider BTC, explaining that he recognizes Bitcoin’s “potential in a period when we have the most unorthodox economic policies in modern history.”

Watkins decided to test this hypothetical scenario to see what it would do to the price of Bitcoin. He calculated that around $1 trillion is held by mutual funds, pension funds and others, and that if one percent of this was allocated to Bitcoin, it would bring another $480 billion into the market.

However, these calculations are purely hypothetical. In his article, Watkins noted that to date, institutions have invested only a small percentage of their assets in Bitcoin due to regulatory uncertainty, infrastructure’s unpreparedness, prejudices in society as well as concerns in regard to hacking and fraud.

Billionaire Paul Tudor Jones reveals how much Bitcoin he owns

But if this were to happen, what would it mean for the price of Bitcoin?

“As [Chris Burniske] previously outlined, flows into and out of an asset do not necessarily result in 1 to 1 moves in the price of the asset, and can be amplified into much larger price movements,” Watkins said. He suggested the real impact could be a 2–25x increase in Bitcoin’s price.

“Depending on your assumptions, an aggregate 1% institutional allocation to Bitcoin can easily bring Bitcoin’s marketcap above $1 trillion, or over $50,000 per BTC,” he added.

However, for such a drastic surge to occur, institutional investors also need to change some of their habits.

Why the impact could be slower

Speaking to Decrypt, Quantum Economics analyst Pedro Febrero highlighted the fact that many institutional investors are currently using over-the-counter (OTC) trading platforms to buy Bitcoin. Since such transactions are not made publicly, they have a much less meaningful impact on Bitcoin’s price.

“In my opinion, the most likely option is for the price to remain flat until a lot of institutional investors cannot purchase BTC [over the counter]. As we’ve seen with Grayscale, even when big players acquire huge sums of BTC they usually do it OTC, which doesn’t put a significant upwards pressure on price,” said Febrero, adding “In the long-term, yes, I agree price will tend to rise.”

In my latest piece, I discuss why hedge funds will likely be the first institutional movers, what effect a 1% hedge fund allocation could have, and briefly outline the macro tailwinds and factors that make Bitcoin attractive to institutional investors.https://t.co/aEjb6GbeTN

And even if they decide to forego OTC trading, not all institutional investors are similarly “open-minded” when it comes to cryptocurrencies. In his article on the subject, Watkins noted that pension funds will take much longer to adapt to a new class of assets than family capital management firms, for example.

Watkins added that the most likely Bitcoin investors among institutions are those with relatively flexible capital allocation policies—such as hedge funds. Worldwide, they manage around $2.9 trillion worth of assets, thus one percent of it could amount to around $29 billion.

Bitcoin’s price has outperformed gold by 100% this year

“Bitcoin may not need institutions to succeed. But the reality is, success as a store of value is measured in price. And if Bitcoin is to become a globally adopted non-sovereign store of value, it will need to convince institutional investors to transfer wealth into the asset,” Watkins concluded.

But with its extreme levels of volatility, and gut-wrenching price drops, will it be able to do so?