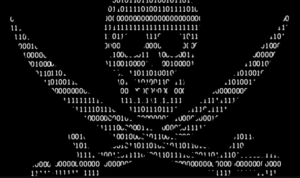 Post the announcement of IDAX withdrawal channel congestion on the 24th of November, access to all cold wallets and any deposit/withdrawals has been restricted. If speculations are to be believed the backlog of withdrawals is likely due to company’s decision to leave the market in China.

Is it another Exit Scam?

On the 24th of November, a story on Weibo suggested that how IDAX CEO was missing and an exit scam was near. It further said that the exchange’s CEO took the keys to exchange’s cold storage. Subsequently, IDAX fired many employees and the ones who remained could not contact the CEO. Furthermore, there is no clarification on which CEO was arrested as the company has several branches.

A recent tweet by Larry Cermak has revealed that it is rumored that IDAX CEO has been arrested by Shanghai authorities.

Interestingly, IDAX still has an operational site. Also, the exchange carried out trades worth $763 Million in 24 hours the last day. Earlier, IDAX withdrew from the US and Canadian markets stating that the regulations hindered their operations. Also, 4 days back, the exchange announced its withdrawal from the Chinese market, owing to the clamp down on the crypto business in China.

It is possible that due to these developments, Chinese traders tried to withdraw their assets which caused congestion in the withdrawal channels. While the exchange has ensured the users that it is working through the backlog, rumors of an exit scam continue to pervade the crypto community.

IDAX exchange has become the new victim of a human- factor theft. In a recent development, Lei Guorong, co-founder and CEO of IDAX Global, is now in control of the exchange’s private keys. The case is one of the rare cases where the CEO has the sole control of private keys of the exchange’s cold wallets. Interestingly, the case has striking similarity with the case of QuadrigaCX wherein in the sole control of keys was achieved via a single laptop owned by the CEO.

Will IDAX soon join the list of crypto exchanges that turned into an exit scam? Let us know, what you think in the comments below!