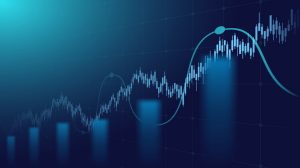 During that period, Binance processed 99 million trades, a figure that was lower than OKEx’s which had 100 million. On average, leading exchanges including BitBox, HitBTC, Huobi, and Gemini executed 28 million trades. The study was done to confirm whether Binance, as claimed by some studies, consistently executed 1.4 million trades a second.

Disproving the narrative, Shrimpy’s study authoritatively confirmed that contrary to popular belief perpetrated by previous unverified claims, Binance processed 50 trades per second in October, a figure so much lower than 1.4 million trades a second that was widely circulated and believed to be true.

Leading exchanges on focus managed a meager 175 trades a second, a number, Shrimpy’s research team said didn’t matter and that the 1.4 million trades a second mark all that important since traders tend to gravitate towards speed over throughput.

“Some traders require fast order execution. So, there is a benefit to having the ability to execute 1.4 million trades every second, even if Binance will never actually process that many trades in such a short amount of time.”

For professional traders, speed is everything especially in the margin and derivative platforms allowing high leverage.

Huobi Global claims to be liquid and a high-volume exchange. However, critics claim that the exchange is most likely involved in volume manipulation tactics like Wash Trading.

A report by The Tie analyzed incoming traffic from Huobi Global account owners and determined that each trader, despite the relatively low trading volumes, traded 10X more than an ordinary trader in Binance. It concluded that less than 10% of the exchange’s spot trading could be genuine.