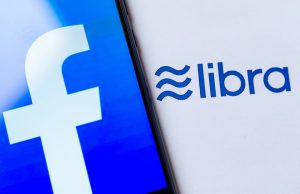 Today, Libra has scored a big win. The Facebook project has proven that it is down but not out. Shopify has announced that it is joining the Libra Association. Libra is a cryptocurrency project announced by Facebook last year. The project has however suffered several regulatory stepbacks from the EU and the U.S.

The addition of Canadian e-commerce company Shopify has been a show that Libra is still alive. The project which has recently gone quiet following legal challenges from the US and the EU is now popping. The addition is especially timely since it comes just weeks after Vodafone pulled out of the association.

Vodafone’s exit was one of many high-profile exits including others like Paypal, Visa, Mastercard, eBay, and Booking Holdings. Most of these withdrew before the council of associates was confirmed. Vodafone was one of those who have been members including Coinbase, Uber, Andreessen Horowitz, and Lyft.

Shopify is another great addition due to its global reach and influence. In a post confirming the addition, Shopify noted:

“Our mission has always been to support the entrepreneurial journey of the more than one million merchants on our platform. That means advocating for transparent fees and easy access to capital and ensuring the security and privacy of our merchants’ customer data. We want to create an infrastructure that empowers more entrepreneurs around the world,”

Facebook is still in the running and will look to launch its stable coin as planned later this year. But Facebook despite being backed by some of the largest companies in the world still needs to convince regulators that user data will be protected. In the past, the company has been heavily criticized for a casual approach towards privacy.

The announcement comes just hours after Digital Asset CEO stated that the entire Blockchain industry should be thankful to Facebook. As we reported, he noted that Facebook got the skeptics to notice and believe in blockchain technology.

He believes that Blockchain technology is the future and by Facebook, one of the biggest mainstream companies to invest in it, got people interested.

Some have even argued it is the reason that China accelerated the development of its CBDC. This led to a snowball effect that has seen the US consider digitizing the US Dollar.