How will the US riots damage the value of the dollar?

How will the US riots damage the value of the dollar? 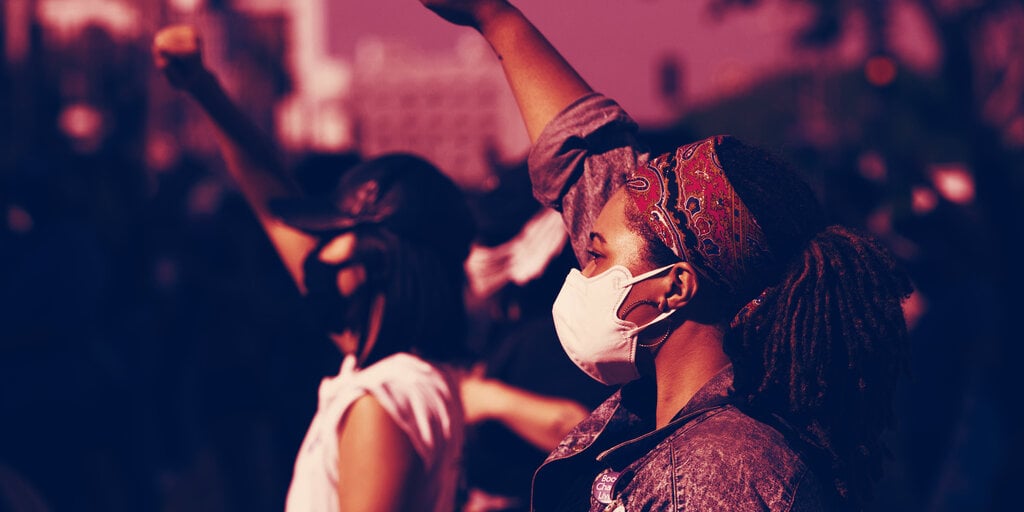 “I can’t breathe,” cried George Floyd, an African-American man as he died while a police officer in Minneapolis knelt on his neck on May 25. For almost a week now, Floyd’s words have been chanted across American cities by protestors attempting to end police brutality and racism, resulting in thousands of arrests—and widespread riots.

Coupled with the coronavirus pandemic, which has caused mass unemployment and the worst economic downturn since the Great Depression, and the US looks like a pretty dangerous place to be right now.

At first glance, things look even rockier for the US dollar, the world’s reserve currency and the backbone of the Land of the Free. Since Floyd’s death, the US dollar is ever so slightly down against the pound and the euro, and its value has been volatile ever since the pandemic first hit its shores. Could all of this destabilize the hegemonic currency?

“The policymakers and its enforcers appear to be losing the people’s trust, which is the underlying fundamentals of a strong currency,” said Marshall Hayner, CEO and co-founder of crypto payments company Metal.

Bitcoin doesn't "Fix This," but now that both civil society and the state are going berserk, having an untamperable, apolitical wealth storage & transfer system is a profound relief. It's a necessary piece of the anti-authoritarian toolkit.

Brick and mortar businesses set to reopen as the lockdown starts to subside now must brace themselves for further closures caused by the protests. “This will surely cause more pressure on the government to ensure the health of our economy, and thus more printing of USD,” said Hayner.

How the protests, which appear to be growing larger and more violent, unfold, is too early to call. But while they “are absolutely having a short term bearish effect on the US dollar,” said Dan Schatt, CEO of crypto lending firm Cred, “Gold and Bitcoin are both up, Bitcoin is increasingly seen as a good hedge against political and economic uncertainty.” Although on March 12, when the stock market crashed, so too, did Bitcoin.

This bleak picture for the future of the US economy is but one snapshot into a country fragmented across racial lines. Not everyone agrees.

The US dollar will defy the protests

Sinjin David Jung, managing director of the International Blockchain Monetary Reserve, said that the protests create “superficial material damage compared to the harm that this systemic racism has made on the social unity of America.”

Should the protests result in meaningful change, “this can only be seen as strengthening the US’s future competitiveness and in turn the US dollar,” he added.

Alon Rajic, who runs a site that compares FX rates, said that “the US dollar’s strength will persist in spite of the riots.”

Markets, said Rajic, “assume looting and rioting are just a temporary measure of blowing up some steam rather than a trend, and as such, they deem [the current riots] insignificant.” He said that the 1992 LA race riots had little impact on equities and FX markets, “although at the time they seemed far more significant.”

Though markets assume that the protests will have no long-term consequences, those demanding justice on the streets of America hope for exactly the opposite.

Original Source: Decrypt How will the US riots damage the value of the dollar?