How the US and Europe Are Regulating Crypto in 2020 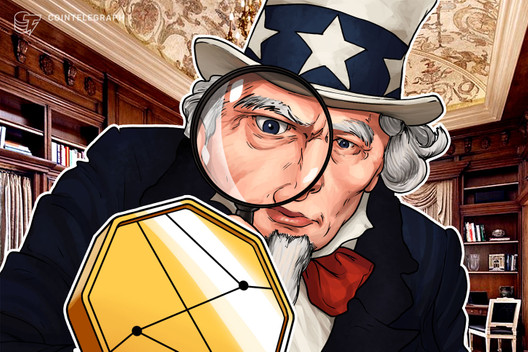 Crypto regulation in 2020: The U.S. tightens regulation of crypto, while India has finally allowed banks to get involved with firms.

Cryptocurrencies have been around for more than 10 years, but the legal status of Bitcoin (BTC) and most other cryptocurrencies remains unclear and has different definitions in various jurisdictions. Are they money, an asset, a product, property or something else? Should they trade freely or must be tightly regulated? In the absence of a clear answer, governments in the United States and Europe are still issuing legal acts to regulate the cryptocurrency market and trying to determine their attitude toward cryptos.

In the first several months of 2020 alone in France, Germany and Australia, authorities issued decisions with three different interpretations of the nature of Bitcoin: as a currency, a financial instrument that is applied as a means of exchange among individuals or legal entities, and as a security.

Meanwhile, the taxation system, the complexity of regulation and reporting depend on the classification of cryptocurrencies. For example, currency functions in conditions of relatively weak regulatory oversight. Securities, by contrast, are usually subject to more onerous rules regarding price transparency and trade reporting.

Only one thing is for sure: Cryptocurrencies are difficult to attribute to any existing class of assets because they are unique. Given that cryptocurrencies are very different from one another, they also fit into several classes. But that issue aside, here’s what the legal regimes for cryptocurrencies in various countries make of crypto in 2020.

The U.S. is a hub of cryptocurrency regulation in the world and sets the pace, for better or worse, for a lot of adoption. To begin with, laws governing the crypto industry vary from state to state, and federal authorities also interpret and regulate them differently. For example, the Financial Crimes Enforcement Network, which analyzes transactions to flag financial crimes, does not consider cryptocurrencies legal tender. However, since 2013, it has been considering cryptocurrency exchanges financial as services operators and tokens as “other property” that replaces currency.

Exchanges must obey the recommendations of the Financial Action Task Force and comply with the Bank Secrecy Act. The Internal Revenue Service, the nation’s tax authority, on the other hand, views cryptocurrencies as property and has issued a tax guide.

2020 began with news about the introduction of new restrictions, as the U.S. Treasury Secretary said that the office intended to introduce stricter rules regarding digital currencies to prevent suspicious transactions using cryptocurrencies. But a month later, the Immigration and Customs Enforcement, which fights cross-border crimes in the U.S., developed a new method to track unlicensed cryptographic activity and proposed a Cryptocurrency Intelligence Program for 2021. The cryptocurrency intelligence program offers new rules and requirements for tax reporting in order to pave the way for the widespread adoption of blockchain technology in the country.

However, in March of this year, the U.S. saw a major economic slowdown due to COVID-19 containment efforts and many voicing the opinion that cryptocurrencies could help the population in difficult times. The U.S. government allowed Square, run by Twitter CEO Jack Dorsey, to take part in the federal program to help the economy through the crypto application CashApp. The company in the U.S. was able to get low-interest loans.

Cryptocurrencies are not prohibited in the U.S., but they are still not integrated into the country’s financial structure, with the SEC striking down attempts to register a product that can be accessed by regular investors. Just a few of such examples range from stalling the launch of Facebook’s brainchild Libra to rejecting numerous Bitcoin-ETF applications or the abrupt proceedings between the SEC and Telegram over the latter’s Gram tokens.

At the end of March 2020, there was a bill submitted to the U.S. Congress that mentioned a digital dollar in response to the COVID-19 pandemic, but it soon disappeared from the document and that was that. Glen Goodman, the author of The Crypto Trader shared his view with Cointelegraph on the U.S. government’s attitude toward a national cryptocurrency. According to him, the U.S. has everything to lose when it comes to crypto:

“So the U.S. establishment is very nervous about encouraging any cryptocurrencies that could threaten the dollar’s dominant position in global finance. The U.S. enjoys what’s long been called the ‘exorbitant privilege’ of being able to print seemingly endless dollars and borrow unprecedented amounts without causing a collapse in the dollar. This is all because nearly every other country uses dollars as the standard for international trade and finance. As long as everyone needs dollars, the U.S. prints and borrows freely without crashing their currency.”

In Russia, where the population is rather crypto-friendly, the government still has not decided what Bitcoin and cryptocurrencies are but appears to be mostly hostile toward the technology. It has not issued a ban, however, at least not yet. So far, it is possible to understand what Russia makes of crypto through its court decisions.

Since 2018, there have been two cases where crypto was recognized as “other property.” In May 2018, the court came to such a verdict and ordered the debtor to transfer access to their crypto wallet. The second case occurred in February 2020 where the court also issued a similar decision, recognizing Bitcoin as other property.

However, the most interesting thing in Russia’s relationship with cryptocurrencies is the long-delayed adoption of the corresponding law, which should help develop a new type of financial asset in the country, but has been stuck in limbo since 2018. This year, the Russian government has already drafted this act several times only to postpone its implementation each time.

At the beginning of this year, it became known that the Russian government decided to update the law on bribery and the fight against money laundering in relation to cryptocurrencies. Moreover, the law will classify any cryptocurrency transaction as a potential money-laundering risk. Later, the country’s Central Bank sought to ban the use of cryptocurrencies as a payment method.

But all-in-all, it seems that financial regulators in Russia can’t find a compromise between allowing or prohibiting cryptocurrencies. The latest version of the law called On Digital Financial Assets appeared in early July and defined Bitcoin as property but not as legal tender. Many experts doubt this act will ever be adopted.

Cryptocurrencies are legal throughout the European Union, but specific regulation and standards vary among countries. In matters of taxes, most EU countries are guided by the decision of the European Court of Justice of 2015, according to which the exchange of cryptocurrencies should be exempted from value-added tax.

Additionally, all European countries have adjusted their regulatory standards to the recommendations issued by the Financial Action Task Force in June 2019. According to the FATC, any crypto site should begin to comply with strict Know Your Customer and Anti-Money Laundering standards, as well as sharing data with the regulator.

In January 2020, the 5th EU Anti-Money Laundering Directive came into effect, requiring the registration of cryptocurrency exchanges with financial regulators and the transfer of client wallet addresses to them. In general, the EU has been gradually tightening its regulation of the cryptocurrency market.

The global economic instability caused by the novel coronavirus has affected the development of the crypto industry in Europe, accelerating the adoption of cryptocurrencies in some countries.

France is one of the few remaining EU countries where there is still no clear definition of cryptocurrencies. In March of this year, a lower court called the Commercial Court of Nanterre recognized BTC as currency, making it a fungible interchangeable asset. Although there is no case law in the country, this court ruling may have set an effective precedent.

In Portugal, the government decided to follow its neighbors and pushed the spread of cryptocurrencies with technological free zones. At the end of April, the country approved a nationwide plan to promote digitization in several areas. The Portuguese government will provide infrastructure and incentives for innovation, entrepreneurship and competition, as well as for the internationalization of enterprises in the country.

The tiny territory of Gibraltar seems to be positioning itself as the real cryptocurrency hotspot this year, attracting crypto firms with a regulatory framework that grants a formal license. Gibraltar introduced a permissive regulatory regime for blockchain firms back in 2018 and since then, has become very attractive to leading industry companies such Huobi. Furthermore, the country became the first in Europe to develop rules governing the activities of initial coin offerings.

Of course, each country has its own attitude toward cryptocurrencies; some countries do not want to accept the asset as it is, to brand it as illegal, while others create the legal framework and benefit from the fact that the cryptocurrency market makes a profit. One can only hope that sooner or later, all countries of the world will understand that cryptocurrencies are firmly entrenched in our lives, and we should accept them in one form or another. Dave Hodgson, the chief investment officer and managing director of NEM Ventures, believes that legalization will take place gradually: