How IRS Tax Rules May Apply to Ethereum 2.0 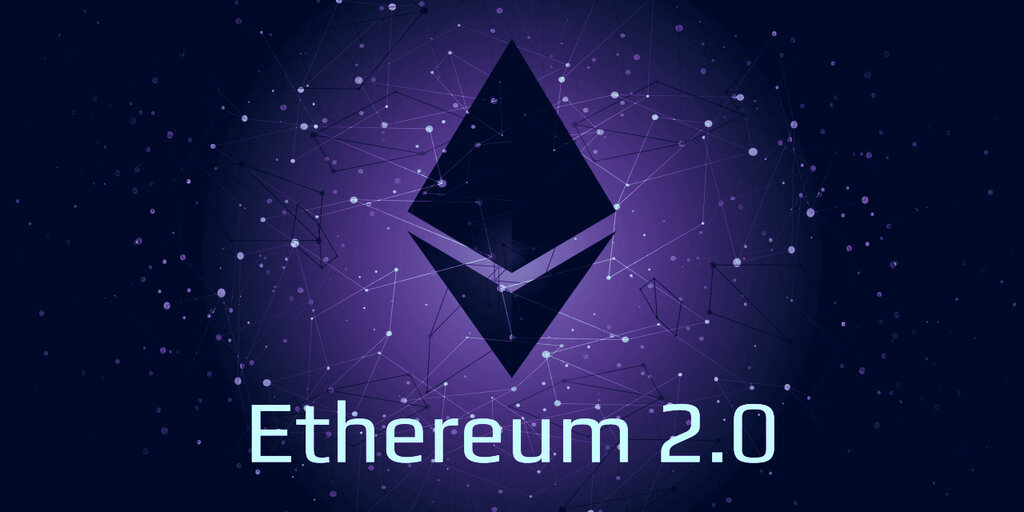 Ethereum 2.0 is here, but IRS guidelines for how it might be taxed are not.

The first phase of the 2.0 upgrade, which launched earlier this week, sees Ethereum officially begin its transition to a proof-of-stakeconsensus mechanism, from what’s known as proof-of-work.

Proof-of-work involves verifying transactions with raw computational power, whereas proof-of-stake relies on “validators,” who stake tokens for the chance to verify blocks. In the context of Ethereum 2.0, rather than “mining” coins, computers are awarded ETH (the coin, not the protocol) as they verify in good faith (malicious validators can have their ETH stashes “slashed” by the system).

Right now, the IRS has released zero guidance as to how stakers should go about reporting investments in Ethereum 2.0. And according to Roger Brown, the head of tax and regulatory affairs for Lukka, a blockchain data and software company, the best we can do at this point is try to divine some potential guidelines from the current iteration of the tax code.

One thing you probably won’t be taxed for, says Brown, is transferring ETH into the Ethereum 2.0 deposit contract. This is a process that’s already been going on for some time—the launch of Ethereum 2.0’s “Phase 0” earlier this week (it’s the first stage of a planned three) was made possible by community members pouring ETH into this deposit contract; the contract required 524,288 ETH in order to lay the foundation for Ethereum’s proof-of-stake future.

Per existing tax principles, Brown told Decrypt, deposited ETH is “not treated as a disposition, because you still own it.”

How to File Your DeFi Taxes in the US

But the ETH that’s actually awarded to validators after they’ve staked their money could very well be taxable, in the way that mined Bitcoin is. “Staking rewards are income to you, as you are entitled to access the rewards,” said Brown. “That is treated as ordinary income, taxable at ordinary income rates.”

Brown also clarified that, in his view, rewards from any proof-of-stake validation (not just from Eth2) would probably count as ordinary income from a tax perspective, unless those rewards were dilutive, and split up existing tokens rather than awarding new ones.

But since it’s not yet set in stone, and there’s been no governmental guidance on the issue as it pertains to Ethereum 2.0, some members of the crypto community are actually lobbying congress against taxing those rewards as they’re generated.

Evan Weiss is the president and co-founder of the Proof of Stake Alliance, a group that’s doing exactly that. Weiss told Decrypt that the group’s lobbying actually resulted in a letter from the four heads of the Congressional Blockchain Caucus (Darren Soto [D-FL-9], Bill Foster [D-IL-11], Tom Emmer [R-MN-6], and David Schweikert [R-AZ-6]) to the IRS, essentially asking that proof-of-stake rewards be taxed only when they’re sold, as opposed to when they’re initially created for the stakers.

“Similar to all other forms of taxpayer-created (or taxpayer-discovered) property — such as crops, minerals, livestock, artworks, and even widgets off the assembly line — these tokens could be taxed when they are sold,” says the letter.

This appears to be Weiss’ main concern when it comes to the taxation of Ethereum 2.0. “POSA believes that if staking reward tokens were treated as income at the time of creation (instead of when sold) it would be a compliance nightmare for both the IRS and taxpayers alike,” he said. “The wrong tax policy could really hinder the adoption of these networks, and push growth into jurisdictions that take a commonsense approach to this issue.”

Weiss also cited a report from UVA Law professor Abe Sutherland, which concludes that taxing proof-of-stake rewards at the moment of their creation “results in inequitable taxation and would discourage U.S. taxpayers from participating in this new technology.”

Shehan Chandrasekara, head of tax strategy at the crypto software company CoinTracker, echoed Weiss’ concern that it’s not a matter of whether the rewards are taxable, but how they should be taxed. “Rewards earned are definitely taxable, no doubt,” he told Decrypt. “The question is when they should be taxed (at the time of the receipt vs at the time you sell them).”

How to file your crypto taxes in the US

Chandrasekara added that he doesn’t expect any clarification from the IRS anytime soon. But in a blog post on the issue, he pointed to another possible taxation question surrounding Eth2—namely, whether or not ETH2 is distinct from ETH1. If they are in fact distinct, Chandrasekara asserts, then converting ETH1 to ETH2 (in the same way that you exchange one fiat currency for another) could be a taxable event.

But there isn’t much clarity on this, either. Per the official plan for the three phases of Ethereum 2.0, the pre-2.0 version of Ethereum will eventually be relegated to a shard chain, which will run in parallel with the other chains on Ethereum 2.0. But the question of whether or not there’s an actual currency exchange happening somewhere along the way doesn’t have a clear answer, for now.

Marta Belcher, an attorney at Ropes & Gray and a blockchain specialist, put a finer point on it in an email to Decrypt: “The lack of clarity on these types of issues, in my view, creates unnecessary friction that harms innovation.”

Until the IRS sheds a little more light, Ethereum 2.0 stakers may have to keep fumbling around in the dark.