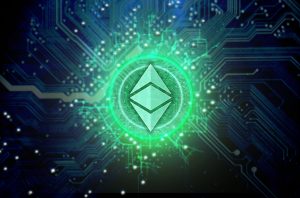 As the Ethereum Classic community celebrates its first anniversary since the unfortunate 51% attack, there is a feeling around the market that the 250% spike since Dec. 23 is just the beginning for the “Original Ethereum”.

After a considerable while away from the mainstream crypto media, Ethereum Classic (ETC) – the original Ethereum – is back into the spotlight following a boost to nine-month highs of $12.00 USD on January 17, 2020, representing a 250% increase since end of December. This is an impressive feat for a crypto once considered ‘dead and gone’ after the blockchain battled the effects of a 51% attack more than a year ago.

In this article we focus on how the blockchain survived, what many in the industry considers to be a “catastrophic hack”, to become the second highest growing crypto among the top altcoins since the start of 2020. Notwithstanding, ETC gained 61% on its dollar pair during the weekso far to trade at $8.94 USD across major exchanges, a sharp rise from the $4.32 USD price when the 51% attack happened.

A 51% attack is considered by many cryptocurrency experts and analysts alike to be the end of Bitcoin if it is ever to happen. Such an attack allows the hacker to reorganize the blockchain and could double spend their coins which beats the feature of immutability. This is the notion most of the folks in the crypto world had once they heard about Ethereum Classic’s 51% attack in the days starting January 5th to January 7th 2019.

It all started on 5th January when a couple of developers noticed some unusual activity on the ETC blockchain. Once it was discovered an attack was underway, a number of top exchanges suspended trading activity on coin that once lay in the top 10. Some suggested a possible drop under $1 USD, with the attack lasting two days.

However, none of the extreme predictions came to pass as the chain’s metrics including hashing power and daily transactions remaining rather stable as the community dealt with the attack swiftly.

How Ethereum Classic survived the 51% attack

Price and market capitalization greatly suffered as the market reacted to a possible “death” of the proof of work (PoW) blockchain. Since the start of the attack, till the end of January, the price of ETC plummeted over 30% leading to speculation on the coin dipping further towards the sub-$1 levels. However, the drop was in sync with the bearish momentum in the overall crypto market and a reawakening of the market in mid-Feb took ETC along with it.

How did ETC survive the attack? Having a brilliant team of talent around it, killing off the FUD surrounding 51% attacks and overall ETC resilience.

Chain reorganization is a client-local phenomenon; the entire Ethereum network doesn't "reorganize" simultaneously. It would be more likely that someone discovered all of coinbase etc nodes and 'surrounded' them

One of the top analysts working on ETC touched on the resilience of the blockchain saying,

“The 51% attack is not an attack on the network itself but rather on ‘naive’ network participants. Whenever we make a transaction we can decide the number of blocks we are willing to wait to ‘convince ourselves’ that the transaction is set in stone.”

Through the ordeal, one thing was made clear for most PoW blockchains, 51% attacks are not the killer of crypto but a sign that the blockchain is working normally as instructed. Furthermore, Ethereum Classic (ETC) remains one of the most resilient blockchains despite losing credibility after the DAO hack and the 51% hack.

The market looks ripe for a continuation of the bullish momentum as the ETC community celebrates its first anniversary since the unfortunate attack. ETC changes hands at $8.809 dollars as at time of writing, representing a slight 3% change from intraday lows of $8.500 USD. A cross past key psychological resistance at $9.000 USD signals a possible spike to double digit prices heading into the Bitcoin halving.

The dip in price below the upper 20-day expansive Bollinger Band however does not offer hope for bulls, as the middle band sets near term support for ETC/USD.

Having held its nerve during its most testing periods, ETC gives traders and investors the feeling that it is “a resilient coin with key fundamentals” and a boost by 1000X is not at all impossible.

The post How Ethereum Classic Survived “Certain Death” To Boost 250% In The Past Month appeared first on Coingape.