How Blockchain Technology Will Change the Marketing Industry 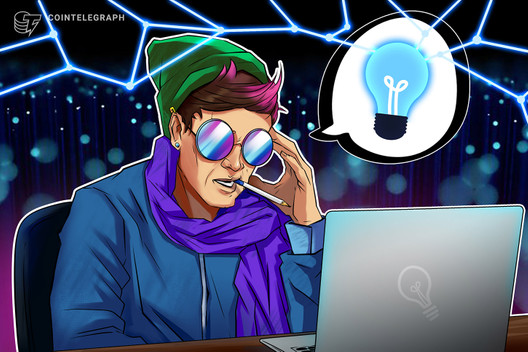 Blockchain tech has not yet reached its full potential for use in the marketing and advertising industries, but it definitely will in the near future.

In modern business, there are no areas left where blockchain enthusiasts will not try to use the technology. Distributed ledger technology is used in logistics, manufacturing, games and in facial recognition services. And although many projects cannot offer anything qualitatively new except for the principle of using blockchain, some projects manage to prove their practical benefits.

Despite the illusion that marketing/advertising and blockchain tech are completely unconnected, some startups manage to use some of the advantages of blockchain technology in solving marketing problems.

“Blockchain is creating new ways of doing business across industries, particularly where greater trust and transparency is required. As it relates to media, we expect blockchain to be able to provide a single source of truth to any given media buy, eliminating the doubt and uncertainty that is common today.”

Although for most people blockchain is strongly associated with cryptocurrencies, these are not entirely correct representations. Rather, it is DLT that has enabled cryptocurrencies to exist and not vice versa.

The technology itself is a chain of blocks with information that is sequentially added in real time and stored on devices of all members of the network. Each transaction, each addition of information to the chain, requires confirmation from all participants. This eliminates the possibility of falsification of information on the chain. It also protects it well from external interferences, as even if 90% of all devices fail, the information will remain in its original form for the remaining 10%.

The second advantage of blockchain that can be applied in the marketing industry is the removal of intermediaries. According to various sources, the majority of advertising revenue remains in the hands of monopolists such as Google and Facebook. Although such companies conduct an honest policy without deceiving customers, something that many little-known sites do, working with them costs a lot of money for advertisers.

An alternative and solution for this problem is blockchain. Due to the transparency of the technology, the customer is always sure that their budget will not be used on bots, that advertising will be placed on the previously agreed resource, and the service will be provided in full. At the same time, the client does not spend money on intermediaries because the blockchain allows direct interaction between the customer and the contractor in which all processes from the execution of work to payment remain completely transparent and controlled.

In addition, blockchain allows you to spend the budget only on real people and potential customers. Each participant in the network has their own digital signature, which proves that they are not a bot or a machine algorithm, but a real person. Thanks to an excellent identification system, robotic interference is excluded in the blockchain ecosystem.

Another advantage of using blockchain in marketing tasks is the ability to work with smart contracts. The ERC-20 protocol built on Ethereum offers the ability to use a completely new type of agreement in transactions: smart contracts. At the time of the creation of the contract, it will indicate the requirements and conditions of the work performed. Further, the program simply monitors the fulfillment of the conditions and, upon completion, accrues a reward. This type of relationship is completely safe, as it protects both the client and the contractor from any fraudulent activities. This is what the marketing industry has been missing for a very long time.

What limits blockchain integration in marketing?

In addition to the obvious advantages, there are also a number of controversial points, due to which the expected blockchain revolution in the world of marketing services has not yet occurred.

First, this is a fairly uncommon technology. It’s not only that most marketers can’t even imagine what a chain of blocks is, which is the basis of any cryptocurrency; a more serious flaw is the relatively small audience size. So far, the number of users of any blockchain startup may not be enough for a full-scale advertising campaign.

The second drawback is the scalability of the technology. The fact is that most projects cannot offer more than 20 transactions per second, and for marketers of business corporations, such an indicator may be insufficient, especially when compared with contextual advertising of high-frequency queries on Google or banner advertising with the sale of a new iPhone on the day sales start.

What does the market offer?

As we mentioned above, there are still not too many blockchain projects that could help marketers do their work and give customers high-quality advertising.

Despite the fact that most marketers have difficulty understanding the principles of blockchain, its advantages will be obvious to anyone. Perhaps only because of the immaturity and technological imperfection of this technology, many continue to use classical instruments. But we are confident that in a few years, every industry — including marketing — will appreciate the potential of blockchain and focus on it as a convenient, safe, cheap way to solve problems.

Nick Bel is a cryptocurrency enthusiast and tech writer based in London. He is passionate about finance and emerging technologies such as blockchain, cryptocurrency and artificial intelligence.