How Bitcoin Can Help the African American Community 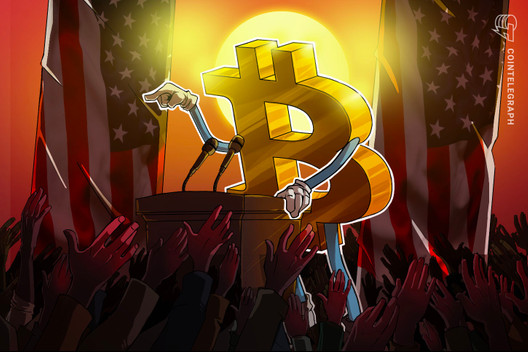 According to author Isaiah Jackson, establishing economic strength could help the black community in ways protesting on the street can’t.

If Bitcoin is the “peaceful protest” crypto advocates like Binance CEO Changpeng Zhao and author Isaiah Jackson say it is, then how can the average person use it to help the African American community right now?

According to the Bitcoin & Black America author, who spoke to Cointelegraph on June 4, it starts with buying power, whether that comes from fiat or cryptocurrencies like Bitcoin (BTC).

The disparity of wealth between African Americans and white people in the United States, created by a long history of racist practices including redlining and discrimination at banks, also needs to be addressed if tragedies like the murder of George Floyd are to stop. Jackson highlights the impact not having this kind of power can have in a community:

Although Jackson said he isn’t against making donations to causes — in crypto or cash — in support of the protests, the investments need to run deeper than that, including to black-owned small businesses. The author says capital can help fight police brutality in different ways than taking to the streets:

“As far as how you deal with an oppressor, there’s only two ways in my opinion: either bankrupt them money wise — the state — or violence […] I think a better option is money.”

Donating to the cause

Protests like the ones currently happening in major cities in the United States and across the world have been known to result in a surge of interest in cryptocurrencies.

Nevertheless, investors should be vigilant to ensure their money is going towards a legitimate cause. At least one group is making a cash grab in George Floyd’s name using a personalized token.

Jackson named crypto charity groups like BitGive and GiveBitcoin as a potential start: “It would be great to see them align with either the Black Lives Matter movement or I would argue more local organizations.”