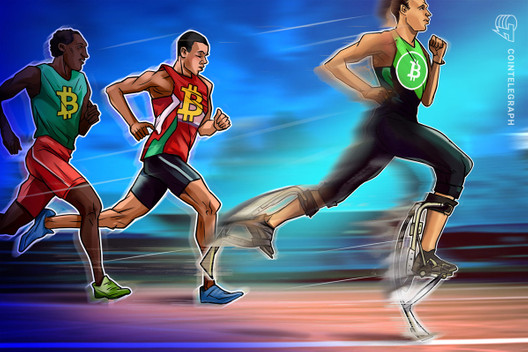 Bitcoin Cash (BCH) proponent Roger Ver says that he did not pay for a Hong Kong vending machine to avoid offering Bitcoin (BTC) as a payment option.

Ver, an outspoken proponent of BCH, posted a May 29 video on Twitter of a Hong Kong vending machine accepting BCH, Litecoin (LTC), Ethereum (ETH) and Binance Coin (BNB) — but not BTC. “There’s no Bitcoin accepted at all,” Ver said in the video, noting the coin’s high fees and network traffic.

The topics of fees and network speed have been a sticking point in recent years among the crypto community, as various solutions such as the Lightning Network, look to help BTC scale.

Popular trader and crypto YouTuber, Tone Vays, responded to Ver’s video, accusing the BCH proponent of paying for the vending machine’s hosting of BCH instead of BTC.

“Real question is how many transactions have they processed since that demo and what are they doing with the BCH and ETH,” Vays said. He posited the machine likely hosted no other BCH transactions. If it did, Vays claimed the unit probably automatically sold such BCH into cash.

“This was my first thought also, it’s common practice for lower tier altcoins to pay to get access to ATMs, which begs the question of how centralized these projects are.”

Over the years, Ver has debated Vays at various points. Ver commonly takes the stance that BTC is not enough like digital cash.

Roger Ver told Cointelegraph on May 30:

“I’ve invested in a lot of things, but to the best of my knowledge, I’m not an investor in any way for those vending machines, and I don’t even know the people behind it,”

“I suspect the real reason they don’t accept BTC is because BTC fees are too high, and the payments are too easy to reverse.”