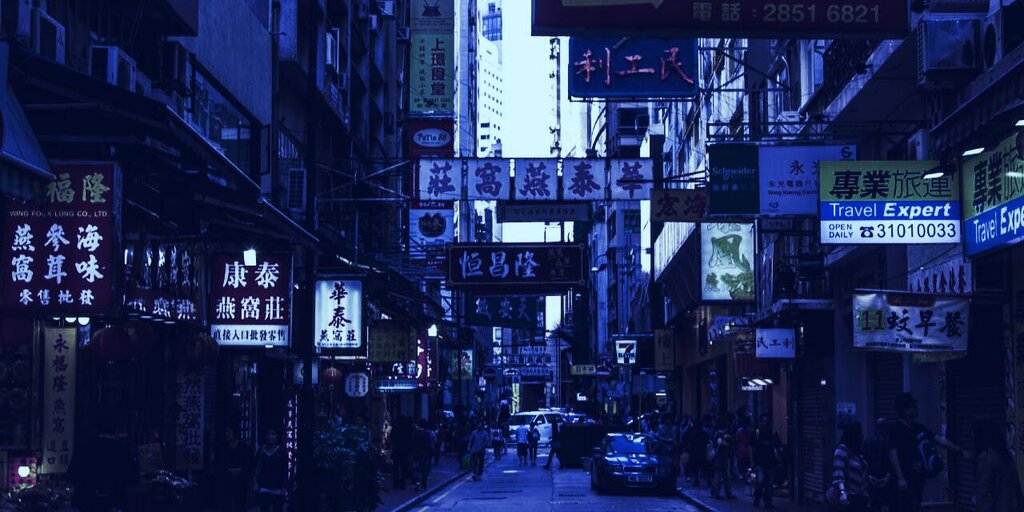 Despite the year-long protests that have rocked Hong Kong, and the accompanying political instability, there’s no sign of major capital flight out of the territory in either fiat or crypto to date.

Data from the Hong Kong Monetary Authority, the city’s central bank, shows that as of May 2020 (the latest data available) the money supply edged up slightly while loans moved down. The authority said such fluctuations are well within “normal” ranges that correlate with regional trends in interest rates.

Clement Ip, co-founder of crypto ATM provider Genesis Block Hong Kong, said that there’s double the volume of transactions on his network’s ATMs and nearly double the signups. However, at the same time, Useful Tulips, a transaction data aggregator that scrapes LocalBitcoins and Paxful transaction records, does not show a meaningful increase in Hong Kong Dollar-denominated transactions. In fact, transaction volume is well below peaks in December 2017, January 2018, and mid-2019 (something that, incidentally, disproves the notion of crypto as the currency of protest).

For its wealth, overall transaction volume in Hong Kong is much lower than its peers. According to Useful Tulips, the HKD is the fifth most converted fiat currency behind the Thai baht and Phillippine peso. Part of this is due to Hong Kong banks’ historically anti-crypto stance; in the past they have frozen accounts suspected of facilitating crypto trades. In addition, anti-money laundering regulations in the territory have been viewed as restrictive compared to rival Singapore, meaning that Hong Kong hasn’t gained the same status as a crypto hub as it has with the traditional financial sector.

This could change, however. While exchanges have been viewed with some hostility in Hong Kong, digital asset custodians don’t have the same money-laundering concerns and are rapidly setting up shop in Hong Kong. Over the past year, nearly a dozen have opened their virtual vaults in the city as interest in digital assets and tokenization grow.

A representative from one custodian, who asked that his comments not be attributed, says that interest from institutional investors and family offices is definitely present for digital assets, but they are merely being used to diversify portfolios and hedge against volatility in the equities market. This diversification isn’t necessarily to get assets out of Hong Kong, the rep believes.

Panic about a potential capital flight, given Hong Kong’s current perceived political instability, is rooted in the last time Hong Kong was faced with an existential question: the handover of the territory to Beijing.

After the UK and China signed the Sino-British Joint Declaration in 1994, many in Hong Kong thought that Beijing would immediately turn Hong Kong into one of its own cities, dissolving the institutions that made it unique—and autonomous. As a result, tens of thousands of Hong Kongers emigrated to countries like Canada, Australia, and the United Kingdom purchasing billions in real estate abroad to preserve their wealth in case the crackdown came.

But this capital flight was matched by capital inflow from mainland China, as the country’s newly minted millionaires wanted to get their proceeds out of the country and Hong Kong’s freely convertible currency and lack of capital controls made the process easy.

And the process continues. Hong Kong-listed IPOs are boosting demand for the HKD, balancing out any outflow from emigrants.

anyone noticed or heard about HKers moving their wealth to cryptodollars /bitcoin in anticipation of potentially having to seek asylum overseas? seems like a really obvious move.

So, while crypto influencers may be pondering whether Hong Kongers are looking to move their capital out of the city in crypto, there isn’t a blockchain-powered capital flight from Hong Kong quite yet.