HODL: Bitcoin [BTC] As an Industry Isn’t Slowing Down 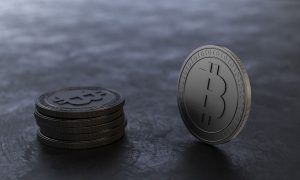 Combined, the cryptocurrency market cap is below $200 billion following last week’s rout. However, the emerging Bitcoin (BTC) industry isn’t slowing down. This is the position of many Bitcoin and cryptocurrency supporters. Given, the market is trying to strike an equilibrium in the short-to-medium term following the eruption of prices in Q4 2017.

As prices correct lower, shaking out speculators and other weak hands, optimists’ figure, institutional-grade investors are accumulating, adding to their bags and HODLing, waiting for prices to edge higher ahead of next year’s halving. Whales are buying the blood, they argue.

The #Bitcoin industry is not slowing down, not one bit.

This price crash is distraction to rob you of your sats.

Smart money is buying this blood😏🚀

Bitcoin is a preferred investment

As long as the Bitcoin network continues to attract investment and ordinary enthusiasts and deep-pocketed firms funnel their hard-earned capital towards purchasing up-to-date, efficient mining gear and new coins are released every 10 minutes as designed, believers should have no reason to worry from market volatility.

Unlike earlier days when 50% of price fluctuation was frequent because of thin liquidity and a low market cap, nowadays there are a lot of players involved. The approval of complex trading instruments as Futures and hopefully Exchange-Traded-Funds (ETF), deepens the liquidity, smoothening unnecessary volatility and attracting apprehensive investors previously discouraged by price fluctuation.

For perspective, and safe the downturn, BTC’s monthly volatility estimate has tapered and is 2.82%.

The rise and rise of Bitcoin

As long as code is law, Bitcoin centralization not called to question, cryptocurrency exchanges permitted to facilitate the exchange of coins and tokens, and users see the value of moving value without intermediaries, digital assets will always be on demand.

Bitcoin is better than currency

Bitcoin is the most secure and decentralized network according to the US SEC. It could be a commodity as classified by the US CFTC, not money, but its use is broad and is gradually competing with Gold as a store of value.

If you're SELLING #Bitcoin now make sure you give your address to a Whale so they can send you a Christmas card as a 'thankyou'.

If you're BUYING you have your gift already. #BTC is the most valuable asset you can own long term. Your vision and conviction will shape your future.

Bitcoin is also head-to-head against leading fiat processors as MasterCard. The more it gains traction; it won’t be any surprise that users who have access to the internet will opt for cryptocurrencies for cheap and instant movement of value availed by independent networks as BTC, not fiat gateways as SWIFT.

The hardest money ever, #Bitcoin, is in an all-out sprint.

Is it really that difficult to see how this plays out ? pic.twitter.com/ZWh9GI3rn4

The post HODL: Bitcoin [BTC] As an Industry Isn’t Slowing Down appeared first on Coingape.