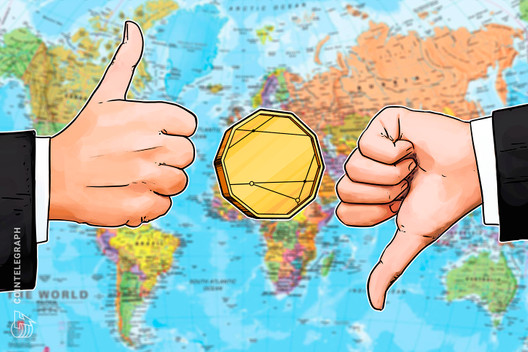 Kadyrov does not seem to understand cryptocurrencies very well.

The Chechen leader Ramzan Kadyrov shared some harsh comments about cryptocurrencies amid growing interest in the technology amongst Chechnya’s citizens.

According to Pravda, Kadyrov claimed that the media is presenting crypto “as the new gold,” provoking what he calls a kind of Bitcoin (BTC) “fever”:

“People take loans, save on themselves and their families, invest their last money in digital assets that promise incredible profits.”

The head of the Chechen Republic, a federal subject of the Russian Federation, also warned that excess profit is tied with “big risks.” He also claimed that over the past month, “Bitcoin has depreciated in half” — a statement which can be disproven by anyone with a quick Google search.

Kadyrov said that people dream of easy money, and this creates a false promise of wealth that crypto does not offer and has never offered. He further added:

“I am more worried about the moral side of such investments. A person who invests in cryptocurrencies expects their value to grow many times. But why is that person waiting for this? Did the person work hard to get this profit?”

The Chechen leader also pointed out the “greed of people” who have boosted the price of crypto. He claims these people are “trying to attract new investors and profit from their greed,” and ultimately stressed that he won’t support any projects which utilize digital assets.

Russia recently passed its first major legislation devoted to cryptocurrencies, though the country’s central bank continues to treat the industry as a criminal area.