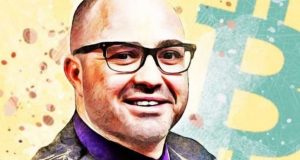 With Bitcoin transaction fees and block times shooting up post halving, leading analyst shares why he is not looking for ‘faster and cheaper’ options.

State of the Bitcoin Network

Bitcoin transaction fees is shooting up to $6 per transaction, with the block time up from 10 minutes to 14 mins as well. ‘Bitcoin Halving’ is causing a massive shake-out in the hash-rate resulting in slower blocks and network congestion.

During the last halving, such an argument potentially created greater fear among Bitcoin investors looking for a firm value proposition. Nevertheless, four years down the line, Bitcoin [BTC] has established itself as the uncorrelated scare asset. Mati Greenspan, leading financial and crypto analyst and founder of Quantum Economics, notes in his daily newsletter,

There are at least three dozen cryptos that are cheaper and faster, but none of them have the security, digital scarcity, immutability or liquidity that BTC does. He added, in one of his tweets – XRP does not have a credible claim to digital scarcity.

Nevertheless, make no mistake, Greenspan adjusts his cryptocurrency portfolio to accommodate altcoins from time to time. After switching to 100% Bitcoin in the aftermath of the COVID-19 crash, post halving, he bet on the liquidity flowing towards altcoins.

The #halvening is over now. I've taken some altcoin exposure again. pic.twitter.com/ppsnp0Xb5n

However, the selling pressure in the altcoins markets have been consistent even after halving. He later shifted back to 80% of his crypto holdings in Bitcoin, compared to 61.26% on the previous day.

Currently, Bitcoin’s dominance over the cryptocurrency markets is above 67%. Altcoin investors will look for a breakdown below 65-67% to build on short-term bullish action in comparison with BTC.

How do you manage your cryptocurrency portfolio? Please share your views with us.