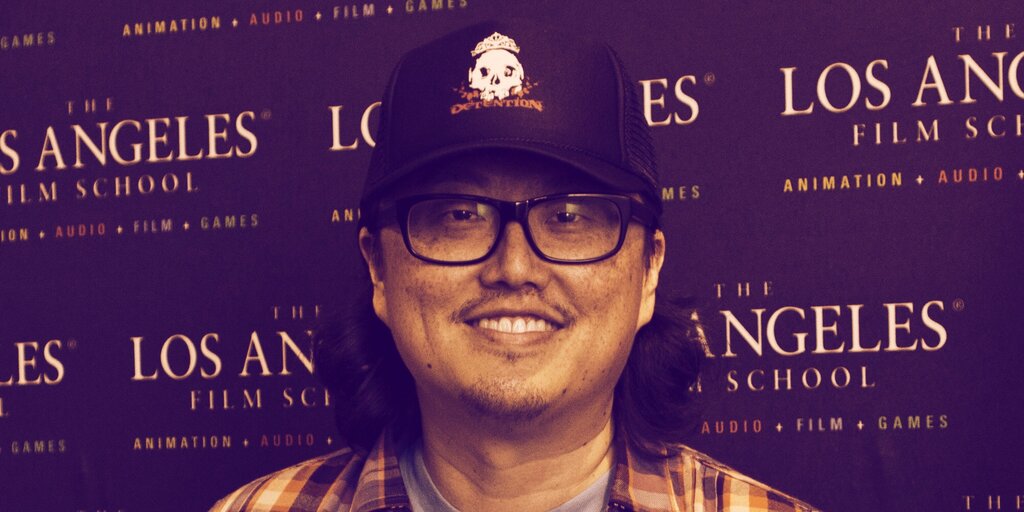 Kahn, who’s worked with some of the biggest music stars and brands in the business over a twenty year career, said he spent the past month trading cryptocurrency, and had made a profit of $450.

I don’t really invest in crypto but I put in $7500 so I’m up 6% in a month. I’m mostly cashed out right now with orders to buy bitcoin and ethereum on a downswing. pic.twitter.com/qmYdXYNtZ3

The award-winning director attached a screenshot of his portfolio on Coinbase Pro. It shows that his initial investment of $7,500—in Bitcoin, Ethereum and Litecoin—now has a value of $7,949, a gain of six percent.

He is “mostly cashed out right now, and plans to buy Bitcoin and Ethereum on a downswing,” when the price falls.

The 47-year-old Korean-American is at the top of his game in the music video world, and has worked with a catalogue of stars, including Britney Spears, Lady Gaga, Snoop Dogg and 50 Cent.

His latest project is a movie, Bodied, about racial tensions in the world of battle rap, and his immersion in the rap universe may have given him early exposure to Bitcoin.

In 2013, referring to a new video cut, Kahn tweeted: ‘You can pay me in bitcoins and/or obscure sex tricks.”

Thanks to everyone who still liked this version. I think it's cool. You can pay me in bitcoins and/or obscure sex tricks.

Whether Kahn bought any Bitcoin in 2013 is unknown. But his client, 50 Cent, is reported to have accepted the cryptocurrency as payment for his album ‘Animal Ambition’ in 2014. The rapper was thought to have accumulated Bitcoin now valued at over $7 million, but revealed he had no cryptocurrency holdings during a bankruptcy hearing in 2018.

But things didn’t go well for Kahn to begin with. He lost almost half of his initial investment, when Bitcoin crashed alongside mainstream stocks in March, and expressed disappointment that the cryptocurrency didn’t seem to be an effective hedge against the market.

I bought $500 of bitcoin two weeks ago just to test the waters and see what it was all about. This is what I have today. pic.twitter.com/WYvsJNxouv

Kahn is looking for advice on crypto

In April, things started looking up for Kahn. “I’m officially only down $50 in cryptocurrency. I still have no idea what I’m doing,” he tweeted.

I'm officially only down $50 in cryptocurrency. I still have no idea what I'm doing.

Yesterday, he sent out another entreaty for help: “If anyone has any ideas on crypto I’m open.”

Because of the pandemic, the rookie trader has only produced only one video in 2020, and—judging by the increased frequency of his tweets on cryptocurrency—he’s doubling down on his new hobby.

Unlike JK Rowling, who lived to regret asking crypto Twitter to explain Bitcoin to her, Kahn hasn’t yet been inundated with offers of advice. But it’s only a matter of time.