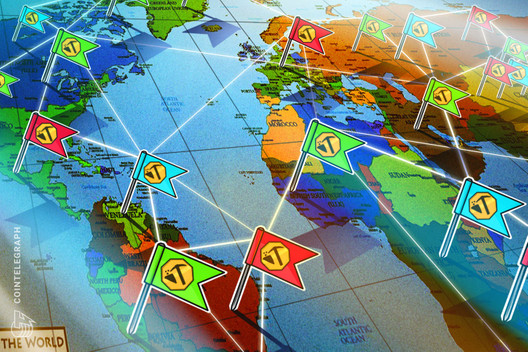 The head of Ripple SBI Asia asserts that hashpower is migrating from east to west, however, notes that significant tensions remain between Chinese and U.S. mining firms.

Speaking to Cointelegraph, the CEO of Ripple SBI Asia, Adam Traidman, predicted that the mining industry will continue to see hash rate migrate from east to west, asserting that he is already witnessing the transition begin.

Tensions between American and Chinese miners

However, the Ripple SBI Asia head noted that relations between mining firms in Texas and China have been soured in the past, stating:

“One of the issues is that the good old boys in Texas in some cases have a little bit of a bad taste in their mouth about working with some of the firms from overseas, based on some early attempts that didn’t work out well for a variety of business reasons. So there is a little bit of trepidation there, which is interesting. But money overcomes all of that, and I think over the next three years, you’re going to see a huge influx into the U.S”

Traidman also highlighted the impact that Trump’s tariffs targeting China have had on talks between Chinese and U.S. mining companies:

“The one other thing that is slowing it down is the tariffs from Trump on China. That is really hurting things right now, so as soon as those are lifted, it’ll be like this ‘boom’ – a huge acceleration,” he said.

Despite emphasizing the coming migration of hash rate from east to west, Traidman noted that as of right now, “most of the big mining hardware providers […] over 90% of their customer shipments are still in China.”

Europe getting pushed out of industrial mining

While noting that Europe previously attracted many of the mining industry’s top players, Traidman stated that high operating costs since have deterred miners from much of the region.

“The U.S., it turns out, with the oil reserves and coal and everything and wind power and Texas and stuff, tons of excess energy, you would think Europe may be more akin to the U.S. like that. But for whatever reason, the power prices there are just higher.”

Traidman suggests that Europe’s inflated operating costs may be the result of an intentional strategy to limit the sector’s presence in the region, highlighting that many jurisdictions may not want “these super inefficient, power-hungry, potentially non-eco-friendly businesses in [their] backyard.”