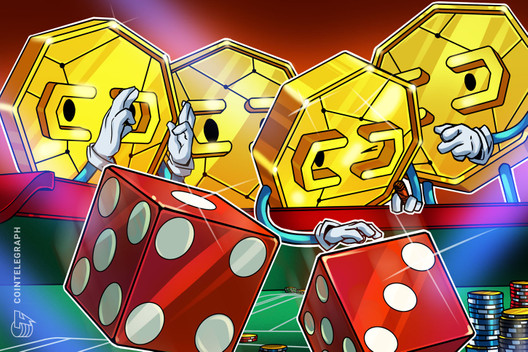 The Harmony mainnet claims to be the first blockchain network to integrate both sharding and staking into its infrastructure.

The open blockchain platform Harmony announced that it will now support staking in a bid to create a blockchain infrastructure that attains high scalability without compromising on decentralization.

“You will not find another chain that can support the same throughput, same speed of settlement, same extremely low cost, and the same level of decentralization. This puts us in a sweet spot for growth.”

Staking is the process utilized in the Proof-of-Stake blockchain protocol where users on the network stake their cryptocurrency holdings to support network operations. The network then rewards the users for their contribution.

Harmony CTO Rongjian Lan said that the convergence of staking and sharding was an “order of magnitude more complex to build and design.”

The proof-of-stake protocol is known to reward stakers based on the number of tokens they stake on the network — the larger the amount at stake, the bigger the reward.

However, with its new staking mechanism namely “Effective Proof-of-Stake”, Harmony claims it will strike a balance between large and small scale stakers. The network will cap the reward processed to those with higher stakes and boost it for those with a relatively smaller amount.

Harmony also intends to increase the decentralization of its mainnet by increasing the number of public nodes from 320 to more than 1,000 by the end of this year. They also aim to further decrease the network settlement time and bring it below 8 seconds.

Harmony CEO Stephen Tse said that, after making the network more scalable and decentralized, they will look to solving the harder challenge, i.e. adoption.

“We will shift gears to pursue adoption with the same nonstop execution” that enabled them to launch the first sharded PoS blockchain, he said.

Harmony also plans to encourage more developers to build and innovate on the network by providing them with a “comprehensive set of developer grants.”