Happy 5th Birthday Ethereum: this is your life 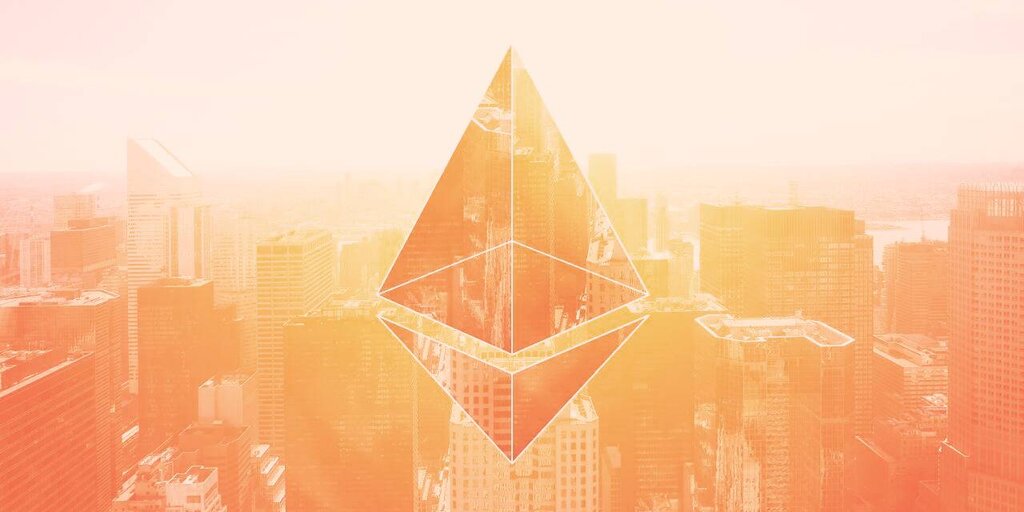 In 2009, game developer Blizzard released an update for the massively-multiplayer online role-playing game World of Warcraft. Among the patch notes was a statement informing players that the spell ‘Siphon Life’ would no longer cause damage. The link between this seemingly innocuous event and the birth of one of the decade’s most important tech breakthroughs? A man called Vitalik Buterin—the founder of Ethereum.

“I happily played World of Warcraft during 2007-2010, but one day Blizzard removed the damage component from my beloved warlock’s Siphon Life spell.” Buterin recalls. “I cried myself to sleep, and on that day I realized what horrors centralized services can bring. I soon decided to quit.”

With the seed of decentralization planted in his mind, it was only a few short years until Buterin discovered Bitcoin, and co-founded Bitcoin Magazine. After some time, he submitted a vision arguing that Bitcoin needed a scripting language for application development.

While his proposal was rejected, it led to the submission of a whitepaper in late 2013, outlining the creation of a new platform. The road to Ethereum had begun.

The birth of Ethereum

Ethereum was revealed at the North American Bitcoin Conference in Miami, in January 2014. Intrigued by Buterin’s proposal, a group of Bitcoin enthusiasts attending from Toronto rented out a beach house with Buterin, and began to flesh out his idea.

The incredible story of Ethereum, “The Infinite Machine”

After the success of his Miami reveal, Buterin dropped out of his computer science course at the University of Waterloo. Together with his new team, the concept and workings of Ethereum were fleshed out and developed over the coming months.

The complete team met six months later in Zug, Switzerland (now known as Crypto Valley), where Buterin had to make the difficult decision to part ways with Hoskinson and another founder, as part of his vision for Ethereum to proceed as a non-profit.

Who are Ethereum’s co-founders and where are they now?

Between July and August 2014, the Ethereum team raised 31,529 BTC (around $18 million at the time) in a crowd sale which allowed the project to properly kick off.

Ethereum’s open testnet, dubbed Olympic, launched in May 2015, allowing developers to use, test, and find faults in the network. Later on, at the end of July, Ethereum’s genesis block was mined, and Frontier—the name given to its mainnet—was launched. The 1.0 version let users not only experiment with the blockchain, but also mine ether (ETH)—the cryptocurrency that rewards miners for computations performed to secure the blockchain.

Developers could also start building decentralized apps, or dapps, a crucial step towards the Ethereum foundation’s vision of a world in which power is taken away from giant centralized entities such as Google or Facebook, and given back to the wider community.

Overshadowing that, however, was the DAO hack. A decentralized autonomous organization called The DAO—essentially a set of smart contracts developed on the Ethereum platform—raised $150 million in a crowdsale to fund the project. In June 2016, an unknown hacker exploited a flaw in The DAO’s code, making off with a total of $50 million in ETH.

What are Decentralized Organizations (DAO)?

This catastrophic event sparked a passionate debate in the crypto community about whether Ethereum should initiate a hard fork to recover the affected funds. The argument resulted in the network splitting in two, with today’s Ethereum on one side, and Ethereum Classic continuing on the original blockchain.

Supporters of Ethereum Classic believed that as the blockchain is supposed to be immutable, nothing should be modified, and the two platforms remain rivals to this day. By the end of November, Ethereum had increased its DDoS protection, de-bloated the blockchain, and prevented further spam attacks by hackers.

Metropolis is the name given to Ethereum’s third stage, which has a series of hard forks to initiate the transition of the blockchain network’s consensus model from proof-of-work (PoW) to proof-of-stake (PoS).

Currently, Ethereum uses the PoW algorithm. This means that tens of thousands of cryptocurrency mining hardware devices need to run continuously in order to maintain and secure the network. As with Bitcoin, this is expensive, and requires a lot of energy.

Believing this process to be inefficient, Ethereum developers wanted to move over to the less wasteful proof-of-stake algorithm. An additional benefit is that ETH holders staking their coins on the network also help to secure it, preventing the dreaded 51% attack.

Other updates also included an increase in mining difficulty, to help encourage the transition to PoS, along with fee adjustments and smart contract upgrades.

Between late 2019 and early 2020, Ethereum kicked off the final stage of its development to date, dubbed Ethereum 2.0, or Serenity.

Its main focus is to ensure that any underlying issues on the blockchain platform are rectified, including the speed at which transactions are processed. While faster than Bitcoin, Ethereum still only has the ability to process 15 transactions per second. Compared to the likes of Visa and Mastercard’s 60,000 transactions a second, it’s clear why this is such an important area of focus.

The new Ethereum 2.0 blockchain, developed alongside the existing one, will have numerous upgrades. A key one—sharding—will divide data processing between several nodes, allowing many more numerous parallel transactions to run simultaneously, drastically speeding up how long it takes to process transactions, information, and storage of the new ETH2 currency.

Ethereum 2.0 will also see the execution of the PoS consensus algorithm, alongside a new virtual machine called eWASM that will allow developers to code in multiple languages, as opposed to being restricted to Solidity.

ETH2 scaling for data will be available *before* ETH2 scaling for general computation. This implies that rollups will be the dominant scaling paradigm for at least a couple of years: first ~2-3k TPS with eth1 as data layer, then ~100k TPS with eth2 (phase 1). Adjust accordingly.

The Ethereum 2.0 upgrade is a drawn-out process; in June 2020, Buterin commented that Ethereum will have to rely on current scaling methods for years to come. However, work is progressing apace; the final testnet is set to launch on August 4, while the mainnet could be ready to launch as soon as November 2020 (though some Ethereum developers have cautioned that it might not launch until January 2021).

Ethereum 2.0 and the DeFi revolution

The changes promised in Ethereum 2.0 include increased security, a massive boost in efficiency, and as a result, the scalability and usefulness of the entire network. One of the platform’s killer apps is decentralized finance, or DeFi—a range of financial applications that allow users to remain completely anonymous.

Several DeFi platforms are already running on Ethereum, with over $4 billion locked up in DeFi already. But Ethereum 2.0’s added scalability could help to overcome one of the biggest stumbling blocks that DeFi applications face compared to traditional financial services.

Is Ethereum’s DeFi boom sustainable in the long term?

For his part, Buterin is enthusiastic about the potential of DeFi on Ethereum. “The idea that just anyone, anywhere in the world, can have access to a system that lets them pay each other, and choose their own financial exposure, is a really powerful thing.” Buterin said at the 2019 Ethereal conference. “It’s something that a lot of people don’t have access to.”

Of course, it’s impossible to accurately predict exactly what Ethereum 2.0 (or indeed, any other blockchain technology) will bring, but given the progress made in its first five years, it’s certainly going to be quite a journey.