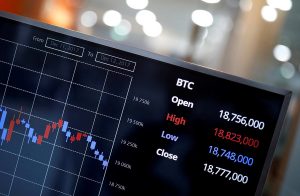 On May 10, Bitcoin prices collapsed from over the $9,100 mark, sinking to as low as $8,100 before steadily recovering, snapping back to around $8,500 during the early morning hours of May 11. Amid the unexpected free fall, it is estimated that a combined $1.22 billion was liquidated across three leading platforms that support derivatives and margin trading.

Heavy Liquidation at Huobi and OKEx

Leading the way and printing the most socialized losses resulting from position auto-deleveraging and exchange’s claw-back was Huobi which recorded $368 million from traders’ losses. BitMex was next with $284 million, OKEx at $282 million, Binance at $280 million while FTX traders lost $1.5 million. Even though low it is still a substantial amount that is overshadowed by the gigantic losses registered by Huobi and BitMex.

Amount of Liquidations in the past 24 hours by exchanges. In total $1.22 BILLION was liquidated!#BTC #Bitcoin has dropped to $8,117 and now is trading below $8,700. How halving, that will happen in 2 days, will affect $BTC price?

Now, its CEO has explained that this low liquidation numbers is because its user base simply don’t like being liquidated. He also adds that USD collateral does better in crashes and their liquidity per open position was also higher.

FTX has way lower liquidation numbers than most exchanges. The biggest reasons why:

The Double-Edge Sword of Leverage

In derivatives trading, traders are liquidated from time to time.

This is because in margin trading, the exchanges act as a bank where traders can borrow extra funds to trade more pegged by the applicable leverage but must repay their funds with an interest which is charged periodically.

The same applies with derivatives where leverage is supported. In both instances, depending on the trader’s prognosis, huge profits can be made. At the same time, if their predictions are wrong, then the initial margin—which is more like insurance, is liquidated when a threshold level is exceeded as the exchange seeks to cushion themselves.

The liquidation level/price is automatically determined once a position is opened and if prices fall below that mark, the exchange sells the initial margin.