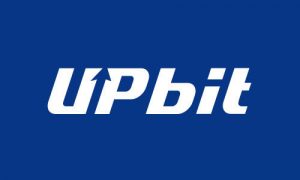 In a recent development, Upbit has notified users of the theft of 342,000 Ether (ETH) from its hot wallet. Furthermore, the incident has been confirmed in an official statement by the CEO of Upbit’s operator, Dunamu.

Losses Will Be Covered by Corporate Assets

Seok-Woo further apologized to users for the inconvenience caused. He then mentioned that the exchange has pledged to protect user assets. Also, the 342,000 ETH will be covered by corporate assets.

As a matter of fact, more than $100 million worth of crypto-assets have been sent out of Upbit today. As per Whale Alert, transactions, each of $1.51 million worth of TRON (TRX), as well as $3.5 million in BitTorrent (BTT), were further sent to unknown blockchain addresses.

After that, transactions of $8.7 million-worth of stellar (XLM), $1.08 million in OmiseGo (OMG), $22 million in EOS, and $3.4 million in status (SNT) were further transacted from Upbit’s wallets to those of the Bittrex crypto exchange.

The incident also Binance CEO, Cz responding  He said that Binance will work with Upbit and other industry players to ensure that if any hacked funds make way to Binance, they are immediately frozen.

How soon will Upbit manage to restore normalcy? Let us know, what you think in the comments below!