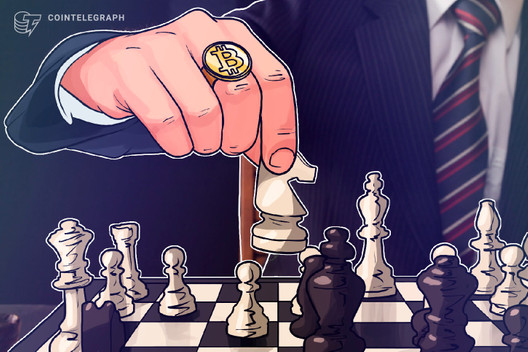 Garry Kasparov, the Russian chessmaster who faced off against IBM’s “Deep Blue” supercomputer, says Bitcoin, crypto and blockchain technologies, are the solution to the demand for privacy in financial markets.

In a July 23 interview with Forbes contributor Roger Huang, Kasparov said he saw many upsides to cryptocurrencies. According to him, they give individuals more control over their money, which is usually regulated “either by the state, corporations or outside parties.”

“The good thing about Bitcoin is that you know exactly the number — the magic number of 21 million,” the chessmaster said, referring to the maximum number of Bitcoin (BTC) tokens that will ever be mined. “But when you look at the other side, the Fed for instance, you never know how many trillions of dollars will appear on the market tomorrow that will damage your savings.”

Kasparov is a chair of the Human Rights Foundation, a foundation which uses technology and digital innovations to protect those whose freedoms are threatened. According to him, blockchain technology and cryptocurrencies like Bitcoin are “natural choices” for protection against infringements on privacy and human rights.

“I think the steady rise in popularity of Bitcoin and other cryptocurrencies and blockchain technology as a concept is inevitable, because it’s a response to the shift of power from individuals to states or other institutions that may act on our privacy without our consent.”

Cointelegraph reported in June that a chess match between grandmaster Sergey Karjakin and Algorand founder Silivio Micali was recorded on the blockchain.

Like Kasparov, Kajakin expressed an interest in cryptocurrencies and the underlying technology. Algorand, a proof of stake blockchain platform, may be used to further greater adoption of chess, according to Micali.