Grayscale pulls ads from Fox News after US shooting controversy 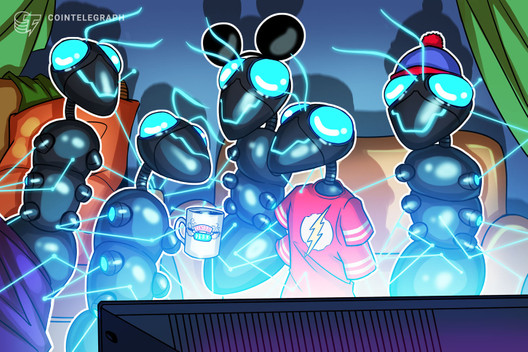 The national campaign to promote digital currencies called “The History of Money” was launched three weeks ago and has been running on CNBC, MSNBC, FOX, and FOX Business.

On August 27, Fox News host, Carlson Tucker, appeared to justify a shooting carried out by a 17-year-old with an automatic rifle that resulted in the death of two protesters and wounded another.

“Are we really surprised that looting and arson accelerated to murder?” Carlson said, “How shocked are we that 17-year-olds with rifles decided they had to maintain order when no one else would?”

Public outcry began to quickly stir on social media. Popular YouTuber and political host Brian Tyler Cohen called out the eight sponsors of the show including Grayscale, stating that they “all just paid for Tucker Calrson to defend a murderer on air”. Fred Guttenberg, who lost his daughter Jamie in a school shooting in 2018, tweeted:

“Tucker, you are a […] lunatic who will get people killed.  I hope advertisers drop you immediately today. You should be removed for the safety of our kids.”

Following the backlash, Grayscale put out a statement that the show is “absolutely not aligned with our values or what we stand for.”

It came to our attention that one of our ads erroneously ran during a TV program last night that is absolutely not aligned with our values or what we stand for. We’re investigating how this aired outside of our media buyer’s guidelines to ensure this does not happen again.

The withdrawal of the ad in the face of public pressure was commended by some online, while others said the firm should stick to cryptocurrencies and leave politics out of it. Crypto investor Matt Messex stated that he will now close his accounts due to the political stance Grayscale has taken:

“I didn’t know Grayscale aligns with the leftists… now I am uninterested in holding my position with the trust any longer..”

Controversy isn’t new for Tucker Carlson, with the host having lost 70 advertisers since December 2018 including T-mobile, Disney, and Papa John’s Pizza. Ad revenue for the show fell to $48.3 million in April this year from almost $92.7 million in 2017. Fox News has called past boycott campaigns “agenda-driven intimidation efforts.”

Grayscale is the largest digital asset management firm in the world with $4.8 billion in Bitcoin (BTC) and $817 million in Ether (ETH) among other cryptocurrencies.