Gold Prices at All-Time highs against Chinese Yuan, What’s Next For Bitcoin[BTC]?

Gold Prices at All-Time highs against Chinese Yuan, What’s Next For Bitcoin[BTC]? 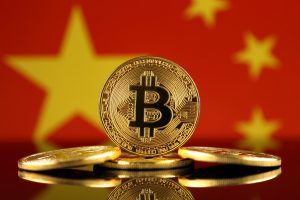 Bitcoin is on a roll. As central banks, especially the US Federal Reserve led by Jerome Powell are determined to prop an economy in throes thanks to the effects of the ravaging coronavirus, BTC is emerging as a go-to asset for investors across the world to store their value during this distressing economic crisis.

However, it is the performance of the physical gold that hints of further explosions. Paired against the Chinese Yuan, the yellow metal is trading at new highs.

On the contrary, compared to the USD, gold continues to struggle and is yet to clear an important resistance level at $2,000.

China Is a Major Player

According to the Investment Manager, Lawrence Lepard, the role of China as a major player in the world financial market including the commodities and crypto markets cannot be underestimated. In the long haul, their participation will spur a FOMO wave despite current restrictions by the PBoC.

The Chinese Central bank in 2017 banned cryptocurrency exchanges from operation in the mainland. But the stellar performance of gold could spill over to BTC as price pump towards $14,000 of June 2019.

“Nice to see the price of gold break to new ATH in Chinese Yuan terms. That leaves one more currency to defeat. I’m looking at you dollar. There is no better momentum player than the Chinese. They love to gamble and chase price.”

Nice to see the price of gold break to new ATH in Chinese yuan terms. That leaves one more currency to defeat. I'm looking at you dollar. pic.twitter.com/c5KboxNSBZ

From now on, it will be interesting to see the performance of Bitcoin amid the pressured FED who are likely to print more fiat in June. The expected injection of extra cash in June through a larger quantitative easing is designed to cover the bases of the US central bank as it continues to buy out bonds and issue new ones.

The USD May Slide as Bitcoin Surpasses $10,000 Milestone

A strengthening USD will be a hindrance for BTC bulls and even provide more problems for foreign debts which is denominated in USD.

In a wrecking ball scenario, the US FED, faced with a monumental task of steadying its economy and by extension that of the world, may likely introduce additional measures to weaken the green back. This in return could boost safe haven currencies like gold and Bitcoin.

Specifically, Bitcoin will likely rally and clear the $10,000 obstacle and even the $14,500 because of a possible FED intervention and the effects of last week’s emission shock.

By halving its miner rewards, the network is gradually shifting away from the reliance of block rewards but to network activity. Given the advantages of Bitcoin and the sustained demand over time, BTC bulls are at a vantage point.

1) In 2016, #Bitcoin rallied ~67% into Halving. It corrected 33% & bottomed within 3 weeks only to begin a 17 Month Bull Market.
In 2020, we didn't rally going into Halving as we recovered losses from a Global Market Melt Down. The Fundamentals for Bitcoin have never been better.