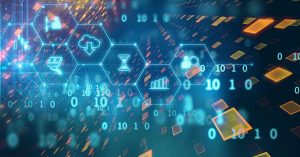 A recent report from the Global Markets Insights on the global blockchain market in the coming future shows a possible growth to a $25 billion industry by 2025.

In a detailed report from the Global Market Insights, the global blockchain market is said to be set to grow by 69% compounded annual growth rate (CAGR) in the next six years to over $25 billion dollars showing massive potential. With the industry driving the digital revolution of enterprises explicitly with the digitization of processes, automation, tokenization of physical resources, and development of smart contracts, the value may be higher with over 1.2 billion people in need of blockchain services.

According to the report dubbed, “Blockchain Technology Market Size 2019–2025”, North America is set to lead the growth in the industry given a first movers advantage and high venture capital investments in the blockchain sector. The U.S is set to capture 40% of the market investments by 2025, dropping from 52% of the current market share with other regions gaining ground in the industry such as Asia and Europe.

The industry is set to grow given the solutions it offers in various industries including reduction of duplicative record-keeping, elimination of reconciliation, and validation of transactions.

Government and private institutions have recently stated their desire to implement the technology given the benefits in data recording and security features it offers. According to an International Data Center report released at the start of the month, China is set to contribute over $2 billion in blockchain technology investments over the next four years, at a 67% CAGR during the period.

Notwithstanding, Europe is gradually growing as a crypto custodian haven, holding over 52% of the total crypto custody solutions across the globe. The growth, however, does not provide enough assurance of continuous growth in the coming days as the ECB calls on governments to crack down on these “illegal coins”.