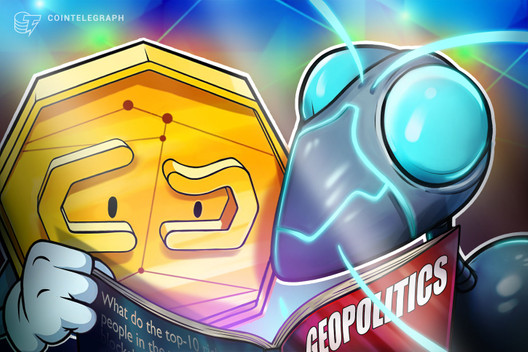 China is not the only country that wants control of this highly coveted industry.

Taras Kulyk, Senior Vice President of Blockchain Business Development at Core Scientific, says that the countries competing to become leaders in the Blockchain space vary greatly in what they can offer to crypto miners.

During an interview with Cointelegraph, Kulyk stated that global diversification of hashrate has been increasing as countries around the world vie for control of the crypto mining industry.

Kulyk believes that China has been a desirable hub for crypto mining due to specific factors it enjoys, specifically the low cost of labor, access to units, and decreased cost of power during the rainy season, but he clarified:

Turmoil at the highest level of politics in any country or jurisdiction will likely cause the existing operators to reduce planned capital expenditure or worse, shut down and relocate, says Kulyk.

He pointed out that crypto mining “is extremely capital intensive, meaning that operators require stability over long periods of time to ensure their deployed capital recoups and provides an ROI.” He also warned that political unrest “can disrupt this much-needed stability.”

Kulyk noted how new regulations have impacted country-specific competitors such as Iran, Ukraine, Canada, and Kazakhstan:

“Generally, we’re seeing the regulatory burden for digital mining easing off, as it’s increasingly viewed as a way to reinvigorate sunset industry assets into being useful in the technology 2.0 economy. Governments are turning to their regulatory policy, particularly making their policy more favorable to mining, in order to gain competitive advantages over other players in the mining industry.”

As regulatory clarity emerges around crypto mining, Kulyk believes that “we’ll continue to see institutional investors allocate portfolio room to leaders in the space,” and concluded that:

“The stronger the leadership team and transparency around ownership and operations, the more likely a company will be a target for investors who are looking to get involved with digital mining.”