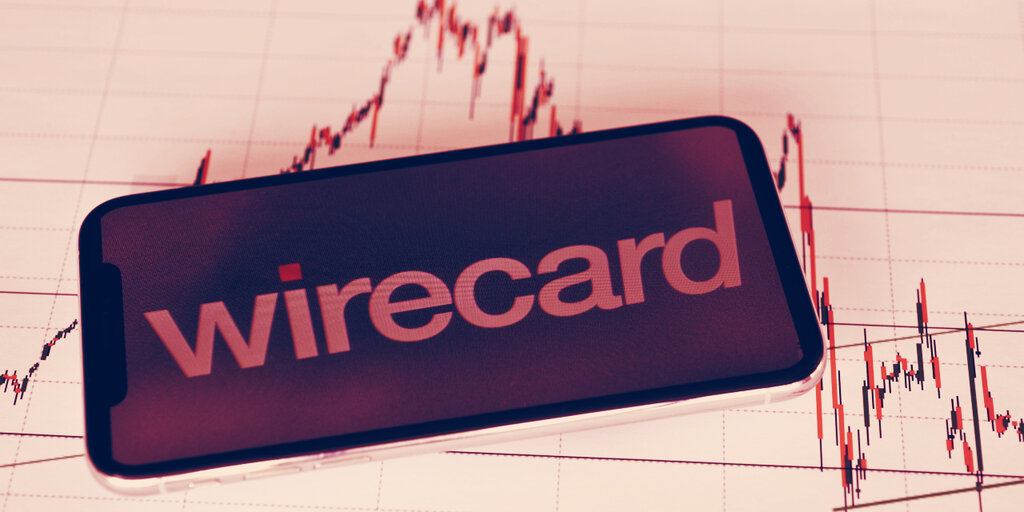 Even while under investigation, the abandoned payments company Wirecard—which serviced several crypto debit cards—continued cash handouts that would destroy the company.

That’s according to new details released by the Financial Times, who found that approximately €155 million ($180 million) were paid out as unsecured loans in the first three months of 2020.

According to a timeline provided by the Financial Times, global accounting firm KPMG had been investigating Wirecard since October of 2019.

Wirecard came under investigation by the Financial Times as early as 2015, and internal investigations in Wirecard Singapore offices kicked off in March 2018.

Wirecard shares peaked in value in August 2018. The following two years saw a roller coaster of cash infusions and increasing scrutiny from regulators and auditors, until Wirecard admitted in June 2020 that more than $2 billion was missing that had been recorded in the company’s financial statements.

Documents received by the Financial Times indicate that loans in early 2020 included more than $115 million paid to Ocap, a mysterious Singapore-based shell company that had already failed to repay previous Wirecard loans by the end of 2019. Ocap was previously run by a former Wirecard executive, whose wife served in a senior position at the company when the 2020 loans were extended.

The collapse of Wirecard created issues for customers of crypto debit card firms TenX and Crypto.com in the UK and mainland Europe, preventing them from adding value to the cards. Service was restored for some customers when Wirecard was authorized to resume regulated activity several days later.

The Financial Times found that Wirecard also made loans worth more than $45 million to a second Singapore-based company, Ruprecht Services.

Loans were allegedly made as pre-payments to card payment processing partners to whom Wirecard outsourced work outside their financial jurisdiction. By March 2020, more than $1 billion had been loaned to Asia-based partners found to be highly suspicious or outright fraudulent companies.

The Wirecard collapse was a serious blow to the European fintech sector and caused untold millions in losses for investors and customers. But it also serves as a warning to crypto enthusiasts interacting with the traditional financial system, reminding us that without verification, fraud can lurk in places few expect to find it.