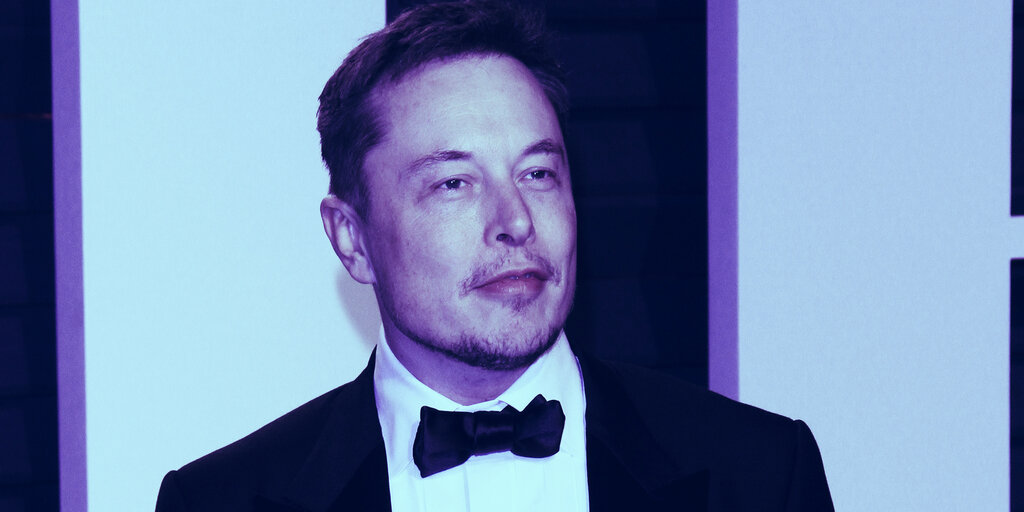 In 2020, there are now more billionaires in the world than there are Black Rhinos in the wild. Several of them have either opened their wallets and invested in Bitcoin or been gifted it (the billionaires, not the rhinos). But who makes the cut?

Elon Musk, the billionaire tech mogul and self-confessed ex-CEO of Dogecoin, has his fingers in numerous pies. However, his Bitcoin holdings amount to little more than a slice.

Musk unveiled his bit of Bitcoin back in 2019, after declaring the pioneering crypto “brilliant,” adding that it is better than paper money as a medium of exchange. According to the tech entrepreneur, his Bitcoin was gifted to him by an undisclosed friend.

I still only own 0.25 Bitcoins btw

However, despite a seeming affinity toward Bitcoin—and a litany of crypto-centric musings—Musk has failed to accrue more. As reported by Decrypt, Musk recently reiterated his Bitcoin holdings to author JK Rowling, noting that he hadn’t accumulated any more.

Investor, Dallas Mavericks owner and crypto-cynic Mark Cuban is, strangely enough, a new addition to the world of Bitcoin billionaires. The man who famously noted that he’d rather “have bananas than Bitcoin,” recently revealed that he owns around $130, in the cryptocurrency.

The entrepreneur came into Bitcoin due to a partnership between the Dallas Mavericks and Bitcoin processor, Bitpay.

“Now we’re taking Bitcoin—please, go buy everything in Bitcoin. said Cuban, speaking on the Pomp Podcast. “I’m fine with that, right? I think we’ve brought in $130. That’s all the Bitcoin I own right now.”

Wall street luminary turned Bitcoin advocate Paul Tudor Jones counts the few Bitcoin newcomers on this list. In May, during an interview with CNBC, Jones remarked that he holds “one percent” of his total assets in Bitcoin.

However, Jones went a step further with his newfound appreciation. Within a letter to shareholders, he argues that Bitcoin is a hedge against coronavirus-led inflation.

“I am not a hard-money nor a crypto nut,” he wrote, “At the end of the day, the best profit-maximizing strategy is to own the fastest horse… If I am forced to forecast, my bet is it will be Bitcoin.”

It’s perhaps not all too surprising that Armstong makes this list. As the founder of Coinbase—unlike previous entrants—he was exposed to Bitcoin earlier than most. Armstrong founded Coinbase In 2012; at the time, Bitcoin was a mere $10.

The exchange boss remains reticent about his holdings, Fortune reported that he owns more Ethereum than he does Bitcoin. Which might explain his reputation as an altcoin-believer rather than a Bitcoin maximalist.

Twitter CEO and Bitcoin evangelist, Jack Dorsey, has been enamored with Bitcoin for many years—even going as far as to facilitate Bitcoin’s purchase into his payments company, Square, in 2018. Since then, Dorsey has suggested Bitcoin could become the currency of the internet, and even dubbed its whitepaper “poetry.”

Much like Armstrong, however, Dorsey remains tight-lipped about his Bitcoin bounty—noting in a reply on Twitter that he simply has “enough.” But he has been buying more, maxing out his Bitcoin buys on Cash App.

Changpeng “CZ” Zhao is the first on this list to hold 100% of his assets in cryptocurrency. He holds mostly Bitcoin and Binance Coin (BNB), the native asset of the Binance exchange, which he owns and operates.

In 2013, Zhao was playing poker with BTCC Bitcoin exchange founder Bobby Lee in Shanghai, China. Lee told him to put 10% of his net worth into Bitcoin. Shortly after, Zhao sold his house for $1 million and put it all into Bitcoin, when it was just $600 a coin. This would have been roughly 1,667 Bitcoin, worth $16 million today (Zhao confirmed to Decrypt he hasn’t touched it).

He has also increased his holdings since then. Forbes estimated his net worth at $1.1 billion in February 2018. While Bitcoin prices have dropped since then, Binance has continued to bring in strong revenues, largey from new features, including derivatives trading.

Significantly ramping up the stakes, the former Facebook feuders turned crypto exchange moguls, are said to own one percent of all Bitcoin in existence—meaning that their net worth fluctuates to the tune of Bitcoin’s price.

Following a semi-victorious legal battle against Facebook founder Mark Zuckerberg, the Twins took their score of the settlement and invested $11 million directly into Bitcoin. They then founded crypto exchange Gemini.

According to Bitcoin Billionaires, the twins store their Bitcoin very securely. They bought several new computers, created Bitcoin wallets, used complex code to split up the private keys, or passwords, to the wallets and printed them out on multiple bits of paper. They then placed the slips in different safety deposit boxes across the US. In fact, this strategy underlines the way Bitcoin is kept at Gemini today.

As an angel investor in the actual internet, venture capitalist Tim Draper has had a track record when it comes to potentially rewarding investments. In a 2014 US Marshals auction, Draper picked up just shy of 30,000 Bitcoin. Since then, the VC has remained infatuated with the asset, evening going as far as moving his stocks over to Bitcoin.

“It’s a lot, it’s a lot, a lot,” he told CNBC, in response to just how much he had shifted in Bitcoin.

During the Bitcoin halving last week, Draper doubled down on his Bitcoin price prediction.

“By 2020, or the beginning of 2023, I fully expect it to reach $250,000 and I didn’t realize it was because the dollar was going to crash. I didn’t realize they were going to just print nine trillion worth of dollars to degrade the dollar and make it more interesting to buyers of Bitcoin,” he said.

“I expect to see the price rise in six months and by 2022/2023 we’re going to be starting to use Bitcoin as much as we use dollars and the usage will spread,” he added.

Bitcoin holdings: Around 5% of Bitcoin’s circulating supply (as of 2013)

Chamath Palihapitiya, founder of venture capital, Social Capital, and former senior executive at Facebook, invested in Bitcoin as early as 2013. Priced at just $80 per coin, Palihapitiya claimed to own around 5% of the entire Bitcoin circulating supply base at the time.

On April 3, he discussed what conditions would be needed for Bitcoin to go mainstream. “What it does is it replaces the method of value transfer that you need for fiat money to be valuable, but it only happens if it looks like the US dollar is going to careen into a wall,” said Palihapitiya.

But when talking about the notion of Bitcoin potentially replacing fiat currencies, Palihapitiya said that “one thing you have to look at is the volatility of the US dollar—and you can’t replace it with something that’s nine sigmas more volatile.”

So it looks like Bitcoin’s price gains over the past few years are both a blessing, and a curse.

Original Source: Decrypt From Elon Musk to Mark Cuban: 9 billionaires who own Bitcoin