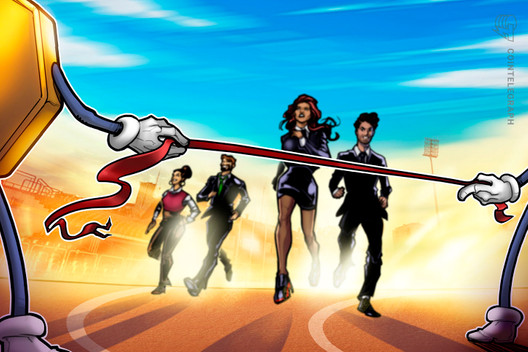 Free TON, a decentralized blockchain network derived from Telegram’s TON blockchain, is launching the first community contests to power its network. Starting Monday, users, developers and validators are invited to participate in three separate contests, with Free TON planning to distribute thousands of TON Crystals, or Tons, as rewards.

On Monday, the Free TON Community officially introduced proposals for the first community contests on the Free TON forum. Each contest aims to distribute at least 50,000 Tons among winners, participants and juries. The three contests are expected to close on May 25.

The Free TON Community elaborated to Cointelegraph that Free TON contests are the only way to receive TON Crystals for now, which means that Tons can only be distributed among those who have contributed to the network. The mission of these contests is to “distribute tokens in a meritocratic way,” Free TON said, noting that the community is planning to do more and more competitions each week.

As reported, there are more than five billion TON Crystal tokens, with 85% of them planned to be distributed to Free TON partners and users and 10% going to developers. The remaining 5% is bound for the community’s validators.

Free TON still hopes that U.S. persons will be able to participate one day

As previously mentioned, people from the United States currently cannot participate in the network. Free TON’s description for the airdrop mechanics competition reads:

“Anyone can participate, but Free TON cannot distribute Tons to US citizens or US entities.”

Despite the complicated regulatory situation, the Free TON Community still hopes that U.S. entities will be part of the network someday. “As we grow to achieve full decentralization, all such barriers will be removed organically,” the community said at the Free TON launch on May 7.