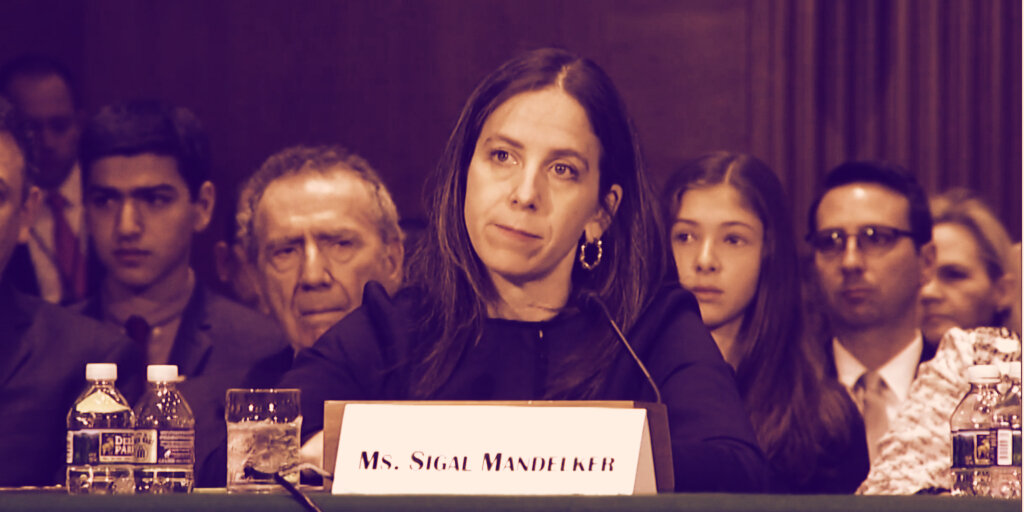 A former top US Department of the Treasury official has now joined blockchain analysis firm, Chainalysis.

Sigal Mandelker served as Treasury Undersecretary for Terrorism and Financial Intelligence under President Trump until she resigned in October last year.

Mandelker, who previously warned that appropriate legislation was needed to regulate cryptocurrency exchanges because of terrorism, will now work at Chainalysis as an advisor.

Chainalysis today announced it raised an additional $13 million to expand its Series B round to $49 million after receiving investment from venture-capital firms, Ribbit Capital and Sound Ventures.

We are thrilled to announce we've expanded our Series B w/ @RibbitCapital and @sound_ventures_ to propel the cryptocurrency industry's growth by further uniting the public & private sectors: https://t.co/T2Mu9bO75N

Mandelker, who is a general partner at Ribbit Capital, a venture-capital firm that has invested heavily in fintech startups, follows a growing trend of former treasury officials joining private fintech companies to advise on how to deal with regulation, shake-up finance, and advise the government.

“I’m excited to work with the Chainalysis team to help develop public-private partnerships, enhance ground-breaking technologies in financial services, and root out illicit networks,” she said in a press release today.

U.S. Treasury: crypto could be “next frontier” in the war on terror

Mandelker is also a general partner at Ribbit Capital, a venture-capital firm that has invested heavily in fintech startups.

Her move comes at a time when the US government continues to be skeptical about any money that is non-fiat.

President Trump has lately been outspoken about his dislike for Bitcoin and Facebook’s Libra—which he last year said would “have little standing or dependability.”

And while governments around the world race towards a centralized Central Bank Digital Currency (CBDC), the US is slow to make progress. According to the Chamber of Digital Commerce, that’s because government bigwigs apparently lack the understanding of how such technologies work.