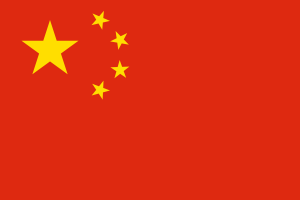 Zhou Xiaochuan, President of the Chinese Finance Association and former governor of People’s Bank of China in a recent forum has said that China will continue to build its digital currency for payment and retail purposes.

Fiat Currency Is a Symbol of National Sovereignty

The statement was made in the Caixin Hengqin Forum today. He further said that currency is a symbol of national sovereignty and big nations should be very careful when choosing the direction of technology. If in case they are not careful they can incur huge losses.

“Fiat currency is a symbol of national sovereignty. Central banks, especially the “super sovereign power” should be very cautious when choosing a direction. If going in the wrong direction, the downside can be significant, and even a credit crisis may occur”

He emphasized that there are two goals tied to the implementation of digital currencies. One is encouraging retail trade and other is fostering international trade. He added international remittance oriented use cases for inter-financial institutions settlement will shape the Digital Yuan.

PBoC is the wholesaler a commercial bank and a distributor as well. The difference is banks won’t be able to apply money multiplier on this portion of M0, and the payment interface will be able to use Wechat/Alipay.

While this looks like a positive development, a few days back, a regulatory update by People Bank of China’s(PBOC) Shanghai Head office has affirmed that the bank will continue to strengthen regulation and control and clamp down crypto trading. The update then stated that investors should be scrupulous and should not mix blockchain with virtual currencies.

Furthermore, the announcement mentions that there are multiple risks involved with virtual currencies. These include issuance, financing, and trading, including false asset risk, business failure risk, and investment speculation risk.

The announcement further states that the Shanghai Financial Stability Joint Conference Office and the Shanghai Headquarters of the People’s Bank of China will continue to adopt monitoring measures such as interviews, inspections, and bans on the monitored entities involved in virtual currency activities to resolve related risks in a timely manner.

What will the fate of Crypto in China? Let us know, what you think in the comments below!