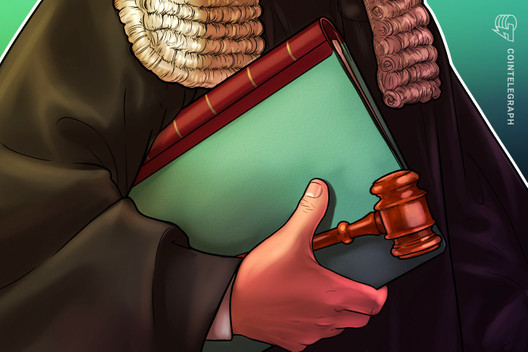 Former Bitcoin Core developer Peter Todd has settled a defamation suit against a cryptographer who accused him of being a rapist.

Peter Todd, a former Bitcoin Core developer, has settled a defamation lawsuit against cryptographer Isis Lovecruft who accused Todd of being a rapist in a tweet posted in February 2019.

The terms of the settlement will see the suit dropped without monetary compensation in exchange for Lovecruft issuing a statement “clarifying that they do not assert (as they have never asserted) that Todd raped or sexually assaulted them personally.” Lovecruft uses the pronouns ‘they/them’ and their name is a pseudonym.

In proceedings that followed Todd filing a defamation suit in April 2019, Lovecruft claimed that Todd made “explicit, verbal advances” toward them during conferences and meetings in 2014.

Lovecruft also filed an exhibit comprising screenshots of a Signal message exchange in which an anonymous woman referred to as ‘Jane Doe’ claimed to have been raped by Todd.

Lovecruft not required to retract statements

The terms of the settlement between Todd and Lovecruft were agreed on June 3, with the final written agreement being composed on June 10.

According to a post published by Lovecruft’s legal defense to her Gofundme campaign for legal costs, as part of the settlement Todd has “agreed not to take legal action against any third party identified or referenced in the lawsuit” concerning their actions relating to the lawsuit.

Lovecruft agreed to waive attorney’s fees relating to the successful anti-SLAPP motion that they filed last midway through last year. That’s a form of litigation intended to prevent meritless lawsuits from stifling discourse concerning matters of public interest. The settlement’s terms do not require Lovecruft to retract or delete any statements.

But Lovecruft appears to have doubled down on her accusations against Todd, having since posting a tweet alleging once again that “Peter Todd is a rapist” despite asserting that “he didn’t rape me.”